A Walk to the Old Manila

I was surprised to discover and see a lot of attractions in the Old Manila. I took a jeepney ride from Tayuman going to Intramuros and we passed by Plaza Mexico which is really my first time to see it. It is where the trip of the galleon trade that took place from Acapulco to Manila. I alighted at the front gate and started a leisure walk around the area. It was like walking in the old time seeing those ancient buildings. 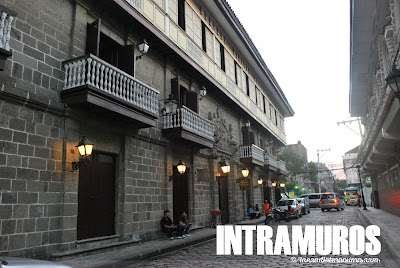 Intramuros is a walled city in Manila. It was built by the Spaniards in 16th century. It was considered as Manila itself during that era and the name literally means within the walls. This area was called Maynila before the Spaniards came. The name was derived from the name of a water plant nila. May nila means there is nila (here). It also called Maynilad because people not familiar with the plant would refer it to as nilad. This was ruled by datus and sultans. It was an ideal location for trading because of the Pasig River and Manila Bay. The indigenous Tagalog and Kapampangan tribes traded with merchants from China, India, Borneo, and Indonesia. 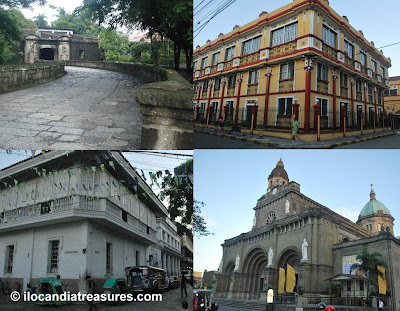 When the Spaniards came, this area was declared as the new capital of Spanish colony in the Philippines by Miguel Lopez de Legazpi, who became the governor general, on June 24, 1571. Intramuros was completed in 1606 and became the center of political, military and religious power of the Spanish. There were a lot of buildings put up on this site such as churches, schools and political offices.

I saw Fort Santiago, golf courses, the Palacio del Gobernador which is now the office of the Commision on Elections, the Manila Cathedral, Casa Manila, the San Agustin Church and many others. There were guards manning the area clad in the old uniform of guardya sibil. There were calesas available to take one around the area.
Posted by Edwin Antonio at 9:59 PM