Upon the invitation of Bro. Joel, Fr. Dennis and Mai of the Redemptorist Missionaries who were there at Baclaran at the time when we arrived from Bicol, we took our breakfast at the refectory. We were graciously hosted by the house rector, Fr. Frank. He spoke with us about our successful trek to Mount Bulusan. We happily related to him and to the redemptorist people our great experience of conquering the said volcano. 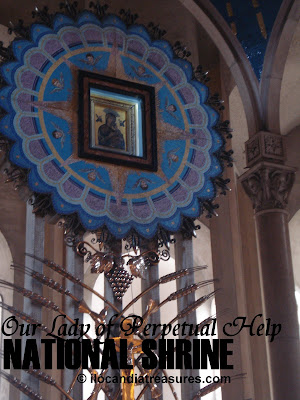 Manang Amie and I were led by Mai to the National Shrine of Mother Perpetual Help. This is popularly known as Baclaran Church which houses the miraculous icon, the most venerated Marian image known as Our Mother of Perpetual Help. This is one of the largest churches in the country with a Modern Romanesque style of architecture building. It was completed in December 1952. The building seats 2000 people but can accommodate as many as 11,000 people during mass. 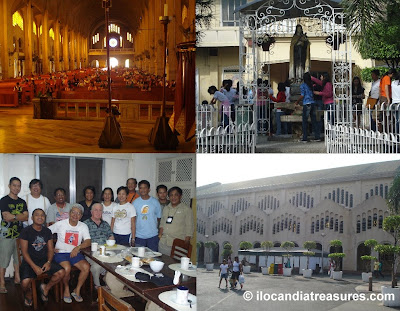 Wednesday is known as Baclaran Day where devotees offer novenas. It was a Wednesday when the first Bacalaran Novena was held however the very first novena was held in Iloilo. We were told by Mai that people especially those who have wishes and prayers knock the tabernacle and we also did it. We were also informed that Pope John Paul II celebrated mass when he had transit to Manila and dined at the same refectory where we had our breakfast
Posted by Edwin Antonio at 7:44 PM

The Baclaran Phenomenon is, first and foremost, the incredible number of people who come to the Redemptorist Church in Baclaran every Wednesday to make the Perpetual Novena to Our Mother of Perpetual Help. It is estimated that at least 100,000 devotees come on regular Wednesdays, reaching about 120,000 on the First Wednesday of each month. The biggest turnout of the year is on Ash Wednesday. The crowd for that day simply defies estimate.

Yes its true that the huge number of people that visit is a phenomenon. Thanks for sharing your comment Sofia.