A Glimpse of Mayon Volcano

On our way back to Manila, we dropped by at Daraga, Albay to get a glimpse of the lovely Mayon Volcano. There is a viewing deck located at the side of the old Daraga church. We were awed by its beauty. It nearly has a perfect cone shape. This was my second time to see it but the first time was at the Cagsawa Ruins on its anterior side. 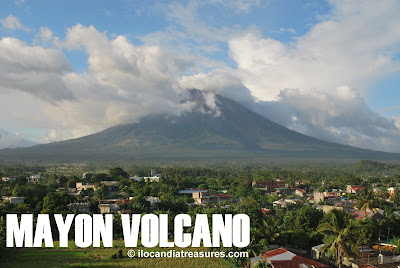 The name Mayon was taken from Magayon meaning beauteous while Daraga means maiden or woman. The legend tells us that in the beginning of time that Philippines was not yet separated by wide stretch of water to the mainland Asia, there were no high mountains nor volcanoes in the place known as Kabikolan. This region was inhabited by a group of people composed of beautiful women and sturdy warriors. They were not allowed to marry people of other regions.

The most attractive and the modest lady from this place was Daragang Magayon, daughter of Tiong Makusog. Paratuga was the avid suitor of the lady but she refused his love. She fell in love to someone from the other region by the name of Panganoron who saved her life from the river when she was drowning while taking a bath. They both deeply inlove with each other but Paratuga learned of this and he abducted her father to force her marry him.

In the midst of the wedding, Panganoron and his group came to stop it until they battle and shed blood, Magayon was not even spared. All three of them died. Magayon was burried by his father beside the sea with all his wealth including the gifts of pearl and gold by Paratuga. 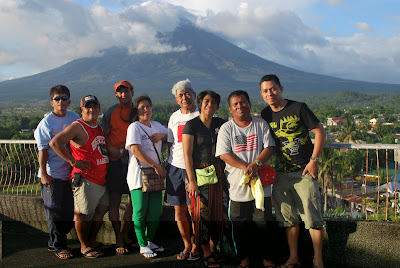 The people were surprised after a week that the grave mound of Magayon slowly rose into a hill and that formed Mount Mayon. Most of the time it is covered by clouds believed to be Panganoron visiting and kissing her. The spirit of Paratuga believed to be the cause of eruption of the volcano with all the stones representing as pearls coming out.

Mayon Volcano is the main landmark of Albay province. It is the symbol most associated with the province. This is one of the active stratovolcano in the Philippines. It is located 15km northwest of the capital Legazpi City. As of this writing, alert level 2 is in force due to its activities on June and July 2009. It has erupted 49 times in the past 400 years that makes itself as the most active among the active volcanoes in the Philippines. Mayon is part of the Pacific Ring of Fire. Its nearly perfect cone shape was formed by pyroclastic and lava flows.
Posted by Edwin Antonio at 8:36 PM