There were discussions and arguments to which now holds the record of the tallest building or structure in the world. We heard from reports that United Arab Emirates put up one called Burj Dubai. However, it is not yet officially opened so the current holder is still Taipei 101. 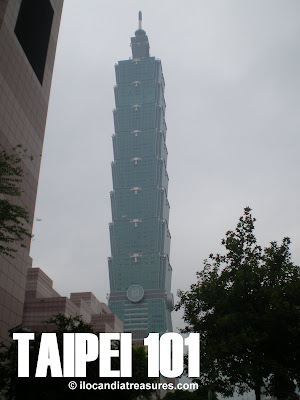 This landmark skyscraper is located in the Xinyi District of Taipei. This structure symbolizes axis mundi or world center where earth and sky meet and the four compass directions join. It has been the tallest building since 2004 which has a height of 508 meters. It has 101 floors above ground and five floors underground. This tower is used for communication, conference and observation. It has a mall in the first few floors, restaurants too, offices, library and fitness center.

It has the fastest lift that took us from 5th floor to 89th floor in just a matter of 37 seconds. That’s incredible. The lift was even double decker and has the most number that is 34. Inside, it has the prominent steel pendulum which is the main tuned mass damper colored yellow. It is a device to prevent discomfort or damage caused by vibration. It is the largest and heaviest wind-resistant damper that measures 5.5 meters and weighs 660 tonnes. 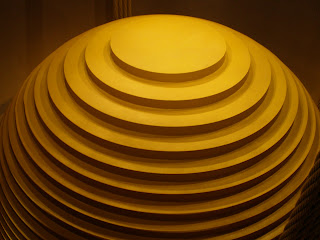 It was hailed by Discovery Channel in 2005 to be number one of the Seven Wonders of Engineering. We were so lucky to visit the structure and got up to the observatory deck. We experienced that great feeling of being on top of the world and that we have seen the whole of Taipei. As a souvenir, we ordered a photo and a certificate of ascending the building.
Posted by Edwin Antonio at 1:00 AM