A Visit To Tagaytay City

I went to Tagaytay City upon the invitation of Fr. RV Villavicencio to deliver a talk to the seminarians at St. Augustine’s Major Seminary (SASMA). From an overnight trip from Laoag, I dropped by at Santa Rosa Laguna to visit my sister and family. It was an hour ride to Tagaytay by jeepney. 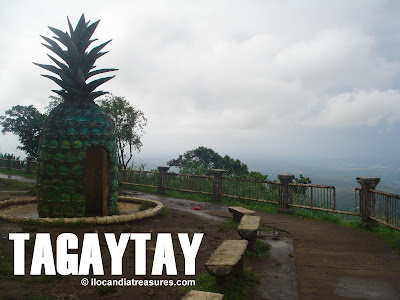 After having lunch and rest, Fr. RV and Bro. Vengie took me around Tagaytay where I got a glimpse of the spectacular view of the Taal Lake and Volcano. These are located in Batangas whereas the City of Tagaytay is in the province of Cavite. It has an elevation of 634m or 2,080ft composed of hills and mountains with forests and open grasslands. These natural characteristics make a cool and invigorating climate with an average of 22.7°C. With its nice climate and accessibility from Manila which is an hour and a half drive attract a lot of tourists to come over for vacation.

Legend tells that Tagaytay came from the word “taga” which means to cut and “itay” which means father. There was a father and a son who went for a boar hunt when the animal being chased by them attacked them. The son cried “taga itay” as the animal charged towards the father. The reverberating sound of the son’s cry was heard by the hunters and the locals. It was from the shout and cry that the name came to be. 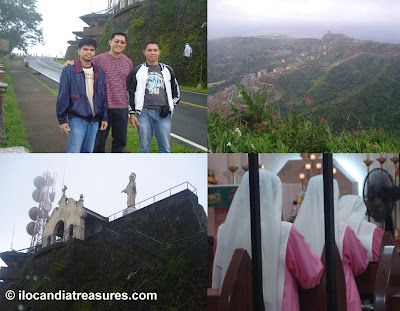 I was brought to the People’s Park in the Sky. The present building was dilapidated while it houses several stores selling souvenir items. A grotto and a pineapple sculpture are prominent landmarks of the park. The Taal Lake, Laguna de Bay and Manila Bay can be viewed from that vantage point. Tagaytay Highlands considered to be a world class residential and recreational complex can also be viewed from there.

We headed to Good Shepherd to buy some sweets. Ube halaya and sweet candies can be bought here. We took mushroom sandwich as snack at Mushroomburger. It is a healthy snack using pure oyster mushrooms added with cheese. We had a last stop to the Pink Sister Church where I have seen the nuns in pink all lined up in the altar offering their prayers.

SASMA community celebrated the feast of St. John Baptist Mary Vianney. He was a French parish priest who is venerated as patron saint of parish priests. His incorrupt body was entombed at the altar of Basilica at Arts, France. They held the image in procession from a room to the Chapel and a mass was concelebrated by Fr. RV, spiritural director and Fr. Carlos Paglicawan, rector of SASMA. The Academic Night followed suit.

On the next day, with Fr. RV, Tata, Rico, Tita Amie, Fr. Tom and his Chinese guests, we were hooked on the TV and watched the funeral rites of former President Corazon Aquino . All the seminarians in the community went to support the burial rites at the Manila Memorial Cemetery in Paranaque.
Posted by Edwin Antonio at 3:40 PM