I was totally disappointed today over the Mobile Passport Services coordinated by the Provincial Government of Ilocos Norte which is slated on September 19. I learned from a client that he heard announcements on the local radio of the said service. So I went on the same day to reserve a slot. The staff member from the tourism office told me that I have to report on August 21 for picture taking. 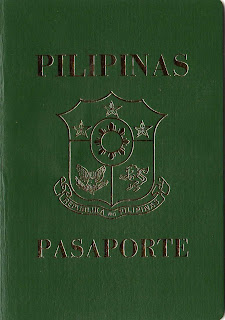 I went today to submit myself for picture taking but the same staff member told me that they are already closed for application. They have already distributed the application forms yesterday to 800 applicants contrary to what they said earlier that it would only be about 500 as quota. I even beg that I could just possibly reproduce the form but to no avail.

I asked them of the list of reservation but they did not honor it for the reason that many did not show up. This is so impossible. It is obvious that they don’t have a system. This is so frustrating on my part. I really need to renew my green passport because all the pages of my passport were used up. I cannot even plan a travel as of now. Personal appearance is needed for the new maroon passport that requires biometrics. It is called the machine-readable passport.

I talked to a colleague and she had the same sentiment over her application to a Mobile Passport Service in the town of Bacarra last year. According to her, they collected from them P200.00 each upon reservation with the reason that it will be used to accommodate the people from the Department of Foreign Affairs, La Union. But the said office explained to the applicants that they have budget for this mobile service work. One year had passed and the money was never refunded.

People also complain the payment of P150 for 4 pcs passport size photos which they enforce upon the applicant. It is overcharging since regular rate is only 60 pesos at a photo studio. They don’t even accept ready made photos.

A regular fee of P500 for 44-page passport processing for 14 days is being charged by the DFA office in La Union as reflected in the website. There is an additional P250 for expedited or overtime processing. The mobile passport fee falls under this rate of P750. But it was reported that some Local Government Units charge even more than this special rate. These are some issues and concerns that should be looked into and be addressed by the authorities.
Posted by Edwin Antonio at 7:06 AM