I am so happy that the long wait is over. I kept checking the website for the Seven Wonders of Nature today and finally the results of the 28 finalists for the Wonders of Nature has been released. Out of the top 77 that was voted by the people worldwide from 261 natural sites, 28 of them were selected by a panel of judges. Everyone is encouraged to vote for seven of the 28 beautiful sites and I am highly endorsing Puerto Princessa Underground River of the Philippines to be included in the list of seven. 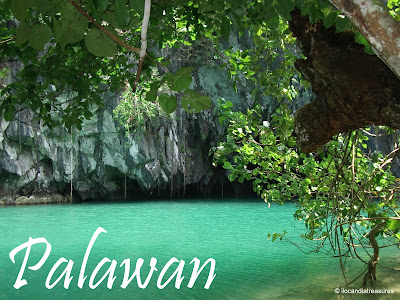 The St. Paul Subterranean River National Park of Palawan is truly an amazing and wonderful site. I had the chance to visit this wonder in the year 2006 when we had a youth leadership forum joining Commissioner Priscilla Abante and Steve Arquiza at Puerto Princessa City. Mayor Hagedorn lent us a vehicle to use going to this site passing by a long bumpy road. It is located 50 kms north of the city. On our initial approach to the actual site we have seen monkeys which might snatch bags to look like a bag of food for them. The monitor lizards would also approach you and stand by for any food that you may give them or if ever they smell barbeque smoke. 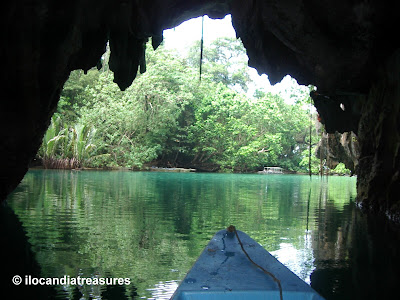 We donned lifevest for security and a helmet to avoid some bat droppings inside the underground river. We took a boat with a guide who was the boatman himself explaining the evolution of this wonder and sharing some good humor to the guests.

The said park features a spectacular limestone karst mountain landscape. Its navigable underground river has a length of 8.2 kms. which directly flows to the sea and subject to the influence of tidal waves at its lower portion. Its totally dark inside. With the use of flashlights we saw the major formations of stalactites and stalagmites. 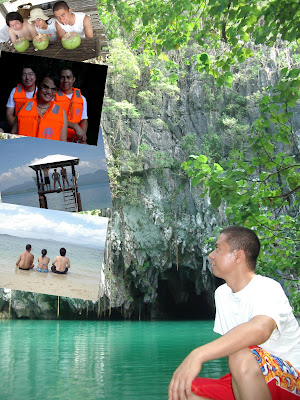 I was left in total awe with what I have experienced. Its one of a kind. This natural wonder was inscribed to the prestigious list of the UNESCO World Heritage Sites in the year 1999. The Seven Wonders of Nature will be announced in the year 2011 and I have the big faith that a Philippine treasure would be one of them. So let us all support it.
Posted by Edwin Antonio at 7:45 AM

The Palawan Underground River is one of the most amazing places in the Philippines. It really deserves to be on the Seven Wonders of Nature list.