An Outreach Activity on the 4th of July

A Medical and Dental Mission was organized and conducted by the Tambayayong group of the Alumni Association of the Ship for Southeast Asian Youth Program at the village of Santa Juliana in Capas, Tarlac. 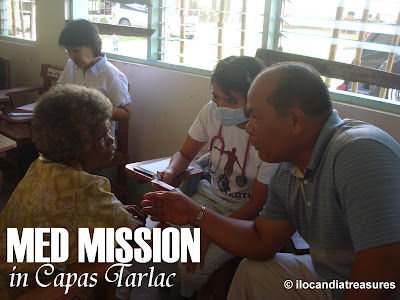 From Laoag I dropped by in Pangasinan then proceeded to Capas where I met Mayor Rey Catacutan and the participants to the mission at the municipal hall. It was nice to see my batchmates Dep, Nona, Ivan, Pia, Eloi, Tanjo and Pam. The Strada Club of the Philippines and doctors from different hospitals in Manila joined the outreach project.

There were so many beneficiaries to the mission. There were around 400 patients who were commonly afflicted with colds and fever. Some had tooth extractions. I have seen a number of Aeta people who received medical attention from our team. 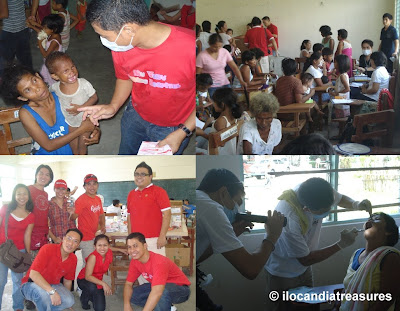 We dispensed the medicines based on the prescription of the doctors. It was good that we had enough medicines donated by some drug companies such as Unilab, Hizon Laboratories and other donors. We started at 9 in the morning and finished at 1 in the afternoon. It was so exhausting but very fulfilling that we were able to help and serve a community.
Posted by Edwin Antonio at 4:53 AM