Launch of the Book Sukimat

The new book entitled Sukimat: Researches On Ilocano and Amianan Studies was launched on July 16, 2009 at the Mariano Marcos State Universtiy College of Teacher Education. This is an anthology of the research works and proceedings of the 2007-2008 Nakem Conferences. 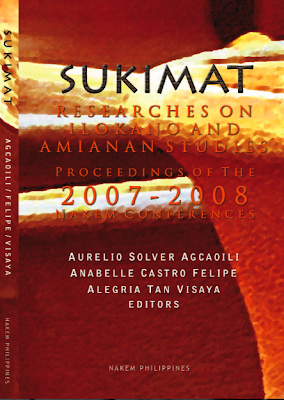 Prior to the launch, a forum on Mother Language Education was held. Presentations on the said topic were made by Dr. Aurelio Agcaoili of the University of Hawaii at Manoa and Dr. Ricardo Nolasco of the University of the Philippines Diliman. It was followed by the reactions made by Provincial Board Member Elena Nalupta representing Gov. Keon, Ms Cely Pastor of DepEd Laoag City representing Mayor Farinas, Dr Cecila Aribuabo of DepED Ilocos Norte, Dr. Norma Fernando of DepEd Batac and Mr Peter Julian of Philippine Daily Inquirer representing the media. 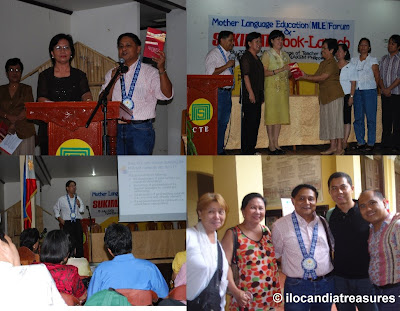 The book is composed of 12 select essays from a pool of 100 papers presented during the Nakem Conferences. This is Nakem�s response to the growing national and international conversation on issues related to cultural pluralism, linguistic democracy, education to democracy and freedom, and mother language education. This was edited by Drs Agcaoili, Felipe and Visaya. The book is available at the MMSU-CTE Library at a rate of P300 per copy.
Posted by Edwin Antonio at 7:22 AM