Coloseum: Wonder of the World

It is exactly two years now when the Roman Colosseum was declared as one of the New Seven Wonders of the World in Lisbon Portugal. I was in Europe then when it was officially declared. Unfortunately I did not make it to Portugal because my flight was cancelled but I was so lucky to visit the Colosseum which is located in the heart of Rome Italy. 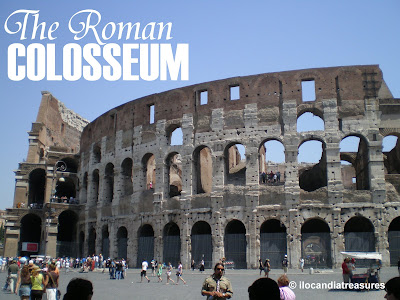 It is a majestic structure which was built in the 1st Century AD to serve as amphitheatre. This elliptical building is one of the greatest works of Roman architecture and engineering. Its former name was Flavian Amphitheatre named after the Flavian Dynasty. Its current name was derived from Nero’s colossus 120 ft high statue of himself which was nearby. Its construction was commissioned by Emperor Vespesian and later continued by his son Titus. He built it because he wanted to dissociate himself from hated tyrants. There were four Emperors before him who were killed. Thus he provided entertainment to the Roman people by building this Colosseum to gain popularity.

This was a site where gladiatorial contests were held and other public spectacles such as executions, wild animal fights, mock sea battles, reenactment of famous battles and dramas based on Classical mythology. This theater could accommodate up to 50,000 spectators. It was made up of four floors where the first three floors had arched entrances and the last floor has rectangular doorways which were evident on the photo. The building was designed for easy crowd dispersal and that the entire audience could exit in five minutes. The building has three parts namely the arena, the podium and the cavea. In the 21st Century it became partially ruined because of earthquakes. The exterior wall is partially intact while the interior wall is mostly intact.

The Arch of Constantine (Arco di Costantino) can be prominently seen just outside of the Coliseum. It is a 25m high monument built in AD315 to mark the victory of Constantine over Maxentius at Pons Milvius.

The Colosseum is opened everyday of the year. There is an admission fee of around 15 euros where you can queue to get tickets or one can join a group guided tour.
Posted by Edwin Antonio at 9:41 PM