My flight to Manila was a little bit delayed and arrived 9pm at the airport. I was told that the last trip to Naga City was 9pm at Philtranco Pasay terminal. I thought that there was really no more chance making it to Naga. I just dropped by anyway at the terminal and I was called by barkers that there were ordinary buses available bound for Legaspi so I thought of it for a while. I took the trip because I didn’t have anymore choice. 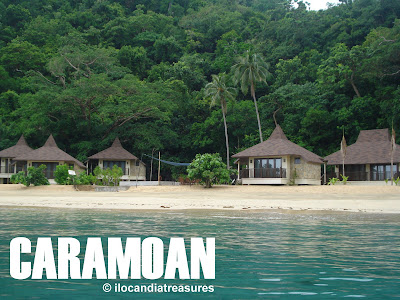 I was invited by my buddy Pamela to go with her to Caramoan. I could not resist the charm of Bicol to explore especially a paradise called Caramoan. It is a small municipality located in the tip of Caramoan peninsula in the province of Camarines Sur. The name was taken from the word “Carahan” which means sea turtle which was endemic to the place during the Spanish times. But the former name of the place was Guta de Leche as coined by Dutch traders. It may be attributed to the milkdrop stalagmites found at the Guta Port.

It was so hot in the ordinary bus I rode and paid a fare of P400. Despite that I was able to get sleep along the way. There was traffic I felt along SLEX and Quirino highway so it took us nine hours to travel. This was my second time to visit Camarines Sur after ten years when I visited my interns from Naga City on their graduation day. I took a bus trip from Laoag to Manila then to Naga. It took me one full day of travel and it was long and ardous trip that can even burn a butt.

When I alighted at the central terminal I rushed to Jollibee to see Pam since she told me that she was there waiting for me but she finally chose to go to Dunkin Donuts. I just took my breakfast here and freshened up. I was impressed that Naga has changed a lot. There were so many improvements. SM City has just opened on May 1 to cater to the people of Bicol. 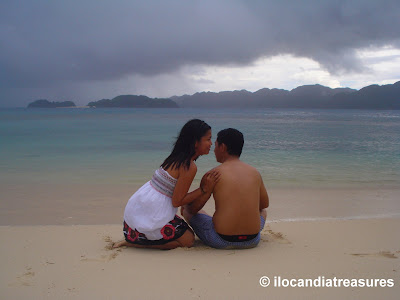 Then I went to Dunkin Donuts and met up with Pam, our good friend Ancie and her boyfriend RJ, with Krisma and Tin, all of them arrived from Legaspi. We did not waste time so we rode a van bound for Sabang. We paid a fare of P120 and took us an hour and a half. Then we catched the last trip of 11am boat ride to Caramoan. It was two hours trip. We disembarked at Guijalo Port where we took a multicab which we paid P800. I think this was so expensive. Alternatives are tricyle for P150 and habal-habal or single motor for P25 per individual.

We passed by the villages of Caputatan, Salvacion, Oroc-osoc before we reached Paniman where we stayed at a villa of Laguerta Resort owned by Krisma’s family. We took our lunch of grilled sweet blue marlin with chili, calamansi, soysauce dip, laing, and lechon manok wrapped in banana leaves. It was a mouthwatering lunch. 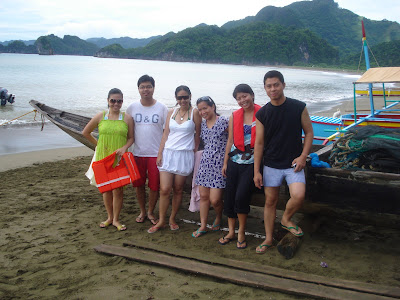 Then we rented a boat for our island hopping. We were so amazed by the beauty of the islands we saw. We first saw the Gota Beach where reality show Survivor casts and crew stay exclusively. We were not able to go to this site. We visited another exclusive Hunongan Beach and we were lucky to have been permitted to land in this site and we had swimming. We came close to the nice cottages here. Then we proceeded to our favorite Matukad Beach. It has very fine white powdery sand and rocks. It rained so hard when we arrived here and we enjoyed swimming under the rain.

We had a delectable dinner of sinigang na sugpo, buttered shrimps, calamares and ginataang malunggay prepared by Ate Angge. We had restful night of sleep. 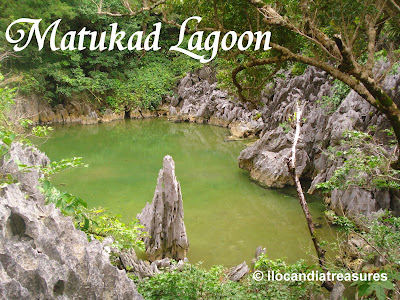 On the following day, after taking breakfast of daing, longganisa and fried rice, we went to another very interesting Lahos Beach. We swam here as we took many photos including some jump shots over white powdery sand and clear blue skies.

We stopped again at Matukad Beach and I was able to see the lagoon found at the center of the rocks in the island. It was an amazing find that I have to climb the rocks and I was accompanied by a guard of the island. He told me that I was lucky that the fish showed up and we even saw an iguana.

Amazing place! Thanks for the detailed article on your trip experience, sir!

But, do they not provide life vests for the two-hour boat trip?! Yikes!