The Philippine Academy of Rehabilitation Medicine had a special weekend activity at Nestle in Rockwell Center in Makati. This was the cooking demonstration at the Julius Maggi Kitchen. I joined Drs Isaias Alipio, Jr, Karen Deleon, Melissa Mercado and other physiatrists from different hospitals. 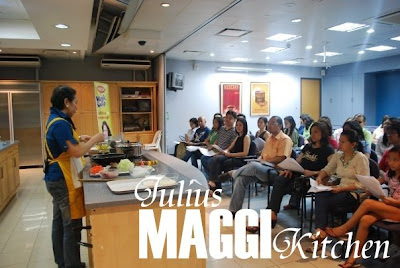 Chef Imelda Go featured in her cooking demonstration Asian recipes. She prepared and cooked Vietnamese spring rolls with nuoc cham dipping sauce, Thai pomelo salad with coconut-lime vinaigrette, sticky rice with mangoes, Thai green curry beef and Indonesian chili pork with string bean ribbons. I questioned the last recipe since Indonesians never eat pork because of religion. Chef Go apologized. She was not able to buy chicken for the recipe which is supposed to be the primary ingredient. She had to innovate. 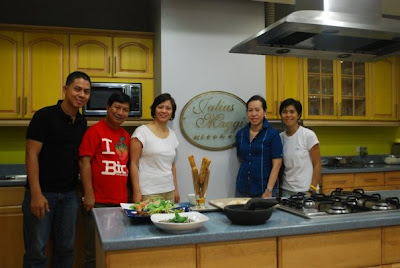 After the quick cooking of five recipes in less than an hour, everyone in the audience were sampled the good Asian foods. These were simple recipes yet great tasting. I have to acknowledge Lei Asuque, PARM secretary for the photos. More holiday cooking demo will be showcased in the nutrition month of July. These are free demonstrations which require early reservation of slots at Julius Maggi Kitchen at 02 896-2166. 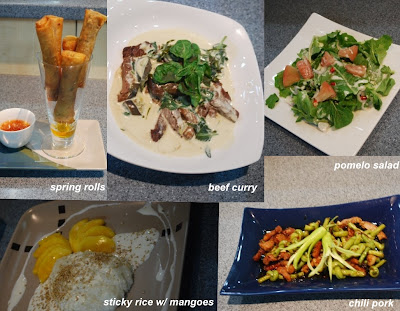 Posted by Edwin Antonio at 8:22 AM