A day after arriving back from the US, I went to Adams to witness the celebration of Tadek-Bagat Festival. The municipality of Adams hosted this year the gathering of Ilocos Norte Cultural Communities (INCC). The INCC is composed of four municipalities that include Adams, Dumalneg, Carasi and Nueva Era. These places are the homes of the tribal groups. The Yapayaos, Immallods, Kankanaeys Ilocanos, and Bagos are some of the groups immigrated to Adams. 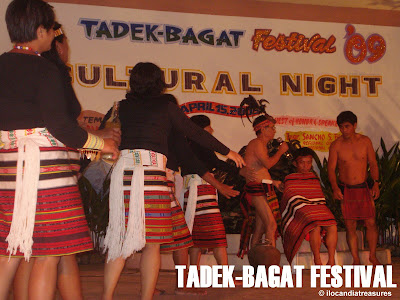 Tadek and bagat are Yapayao words which mean tribe and celebration respectively. This year’s celebration had the theme “Panagkakammayet daguiti tribu, pataudenna ti progresso.” It means unity among tribes will result to progess.

When we arrived to Adams, there was a motorcade being conducted. Muses of the different sitios of the town were paraded around. It was followed by a program where calisthenics and folk dance showdown by local pupils were exhibited.

A cultural night was held depicting the migration of different ethnic groups in the town. The history of the municipality was also portrayed in the show. 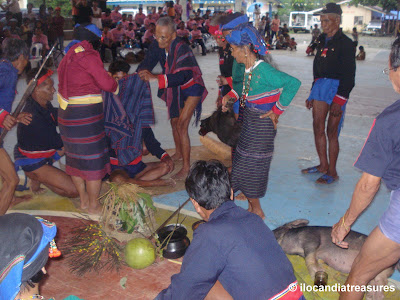 On the following day, ethnic cultural presentation composed of songs and dances were made by representatives of Dumalneg and Adams. Carasi and Nueva Era did not make it to the program. Ritual dances were exhibited. There was even butchering of animals to offer during the ceremonial dances. This was my second time to witness killing of a dog. Some people were even shocked and reacted to it. But I think this is the only authentic way they can showcase their beliefs and traditions.
Posted by Edwin Antonio at 10:49 PM