Another event during the Tadek-Bagat Festival in Adams was the search for the Mr. and Ms. Ilocos Norte Cultural Community (INCC). The four municipalities of Adams, Dumalneg, Carasi and Nueva Era fielded in their entries to the pageant. 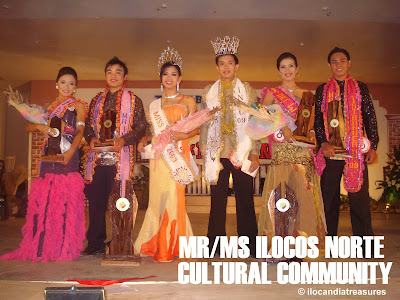 At the first round of the pageant, candidates sashayed on the ramp displaying their colorful traditional costumes. It was so amazing to see the hand woven costumes of different ethnic groups complete with accessories.

They also walked down the ramp on their evening gowns and formal attires. Most of them were made and designed from abel cloth. The candidates also walked down in their casual attire and their sexy swimsuits. Various special awards were given out. After a series of pageant tests, six finalists were chosen to vie for the title and they all underwent a question and answer portion. 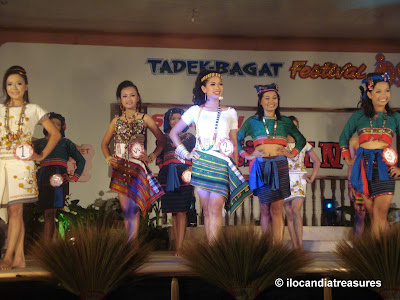 At the end the pageant the Muse and Adonis of Adams ran away with the title of Mr and Ms INCC. Runners up for Ms INCC were from Carasi and Dumalneg while Mr INCC were from Dumalneg and Adams.
Posted by Edwin Antonio at 5:53 AM