Following the calesa parade was the Santacruzan procession. A mass was held at the cathedral and the images of saints were paraded from the cathedral to the plaza down to the Heritage Street. There was of course the parade of beauties where the different lady characters of Santacruzan were present such as Queen of Sheba, Reyna Caridad, Queen of Virgins, Queen of Angels, Queen of Justice and a few more. Then a short program was held inside the cathedral. 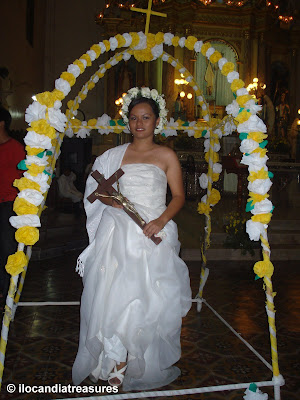 This festival was introduced by the Spaniards to the Philippines and it became part of the Filipino tradition. Aside from the novenas conducted, procession, and pageant; a culminating activity is being held for the children to enjoy. It is called pabitin. It is a square trellis where goodies such as candies, toys, chocolates were hung by strings and these are being picked by kids by jumping while the trellis goes up and down. This activity was held at the Plaza Maestro where the different goodies came from the business establishments nearby. 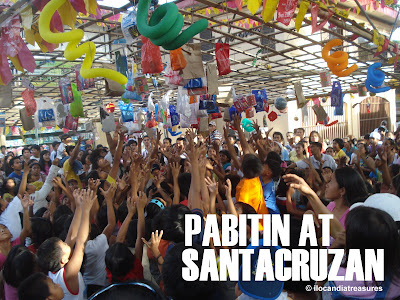 Posted by Edwin Antonio at 2:47 AM