I flew from Lima at almost midnight and arrived at Fort Lauderdale early in the morning. I waited for my connecting flight to New Mexico in the afternoon. Aside from an hour delay, it was a bumpy flight from Orlando to Albuquerque. It took us three hours to fly. I was so surprised that Southwest Airlines besides offering low airfares they really provided so much free snacks and drinks on board. 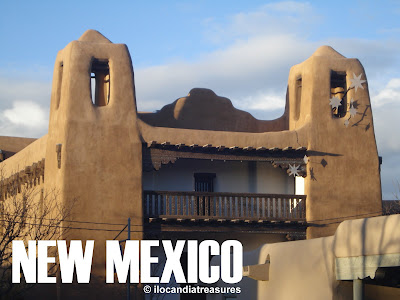 When I went out of the airport I did not expect that it was chilly and so I donned my jacket. I became excited to the thought of relaxing here since I had so much fun from my adventure especially in Peru. I was picked up by my host Jericho Ayson, my friend and former intern who had been working now for a year as physical therapist.

He even planned a trip for me to Colorado during my stay but the weather did not allow. There was an advisory of snow storm so he regretted. Nevertheless I had the opportunity to relax at home. I did cook meals and movie marathon. 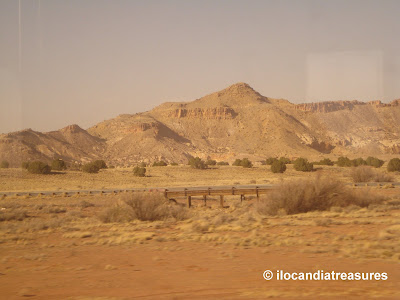 The very highlight of my sojourn in New Mexico was our outing organized by Jericho and his friends Grace, Jun, Maple and Joel. Together with his group, we went to Rio Grande Zoo where we saw various animals. I enjoyed our visit to the section of Africa. We saw giraffe, elephants, camels, flamingos, zebra, the marine animals too and so much more.

Along the way to Santa Fe, I was fascinated by the desert, valleys and mountains that we passed by. We dropped by to Santa Fe Fashion Outlet for some shopping. Nike outlet was on sale so my friends shopped some items. Then we proceeded to the beautiful Old Town of Santa Fe. 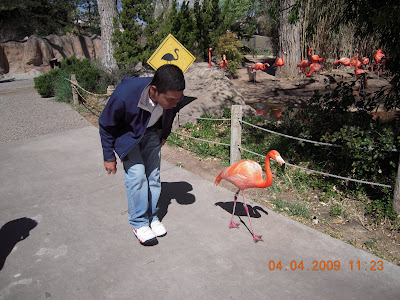 It was amazing to see the old building structures which were made of adobe. It’s a mixture of clay, mud and straw which is baked under the sun. Most modern structures were designed in the Spanish or Pueblo revival style. We saw the buildings of Museum of Fine Arts, Palace of the Governors, Public Library and other museums. The façade of Basilica Cathedral of St Francis of Assisi was covered undergoing some renovations ready for its anniversary celebration. Before we left the place, we saw a wedding couple and entourage parading around the plaza accompanied by a Mariachi, a Mexican musical group. 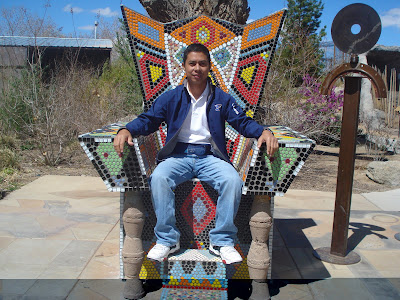 New Mexico has a nickname of the Land of Enchantment and joined the Union in January 6, 1912 as the 47th state. It is located in the southwestern region of the United States with the largest population of Hispanics and American Indians I remember that this state was the site of the documentary film Miss Navajo I recently watched in the American Indian Museum in Washington DC. It’s geographically made up of desert. The air was dry. The old historic US route 66 passes through this state that runs 487 miles.

Then we went for an exciting dinner at Sakai Restaurant in Albuquerque. We went to the teppanyaki section where a chef cooked our food in a gas powered iron griddle or teppan. The chef made some exhibition such as tossing eggs alternately in the air and making onion volcano by slicing it and igniting a fire and lava came out by the use of sauce. 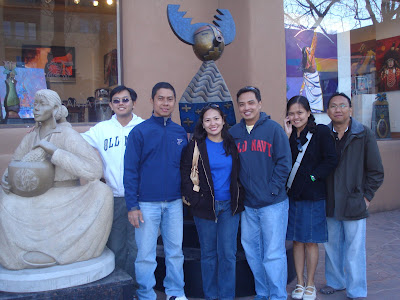 It was really a good time but I have to move on to the last leg of my trip. Jericho and Ces sent me off to downtown for I took the Amtrak bound for Riverside. It was a nice transportation besides offering cheaper rates it has spacious legroom and amenities such as canteen and a viewing room.
Posted by Edwin Antonio at 7:51 AM