Lima: The City of Kings

Just right after arriving in Lima from Cusco, I went with Rafa, whom I met in Machu Picchu, to check in and share hotel room with him and went straight to Miraflores. It is an upscale district and one of the wealthiest residential districts of Lima Province which is known for its shopping areas, flower-filled parks, garden, and beaches. 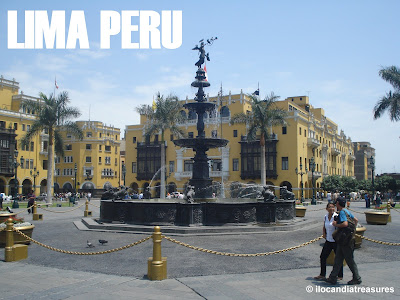 We visited Parque Kennedy, the central plaza in Miralflores. We have seen the Cartuja de Santa María de Miraflores Church and the beautiful mansion Casa de Ricardo Palma. Then we went to Peruvian Market where I shopped for some souvenir t-shirts. We met up with Angel and Juliet at the same park who later took us to Larcomar Shopping Center. We walked down to the Lovers Park which is a popular dating place for couples. A kissing couple monument is the landmark for this park fronting and overlooking the beach area or the Costa Verde. I have seen a few surfers on the water. 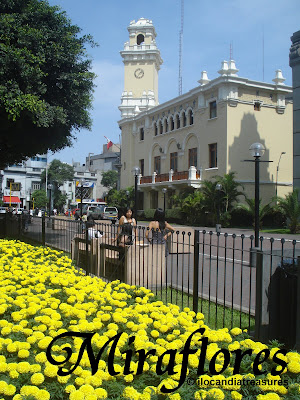 Then the three of us proceeded back to Lima to experience the amazing water fountain park called Circuito Magico del Agua. We visited almost all of the water fountains here, enjoyed the laser water show and we even played with the water by stepping over the fountains. I got wet and it was a fantastic experience. It was good that I have my newly bought t-shirt which I used to change my wet shirt.

On the following day, I had a tour by myself of Lima City. Armed with a city map, I took a bus to downtown. Lima is the capital of Peru and it’s the 5th largest city in Latin America. It was dubbed as La Ciudad de los Reyes or the City of Kings by its founder Francisco Pizzaro in 1535 making it the most important city in Spanish dominions in South America. The historic centre of Lima was declared a UNESCO World Heritage Site in 1988. Lima is a Spanish pronunciation and is believed to be taken from the native name Limaq, a famous oracle. 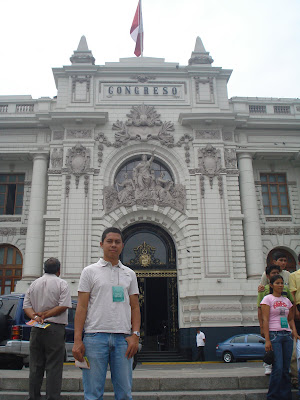 I started my visit to the Congress building where I joined a group tour of the people from the jungle of Iquito. The guides showed us the plenary hall and the other features of the building. I met one of the congressmen. I have learned that the first Speaker of the House was a priest.

Plaza de Armas was the next stop I had. I was just in time for the changing of the royal guards at the Government Palace. The marching band was performing and the people enjoyed watching them at a distance from the gate. I walked around Plaza Mayor and I saw pigeons flew over and touch the water fountain at the center. There was also an old lady dressed up in traditional clothing. The colonial structure and facade of the Basilica Cathedral of Lima was impressive and that I went inside to check.

Then I went to hunt for a cevicheria for my lunch. Lucky I am that I found one near the Centro Cultural building that serves the best tasting ceviche for a good price of eight soles only. It was a great gastronomic treat.

Continuing my travel on foot downtown, I went to the slum area, the other face of the city. Then to Chinatown where I cooled off with the popular Peruvian drink the real chicha morada made from purple corn. I saw people clad in yellow vest at the side streets doing the transactions who were actually money changers. 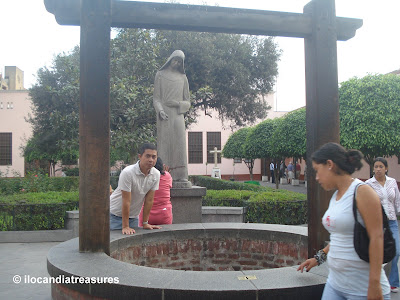 My visit to Lima was practically a pilgrimage because of many religious sites I visited and that includes the beautiful Convent of San Francisco, Santuario de Nuestra Sra dela Soledad, Convento Santo Domingo, Basilica dela Vera Cruz and the Santa Rosa de Lima Church where I saw the dormitory and the well of 19 meters deep where Saint Rose tied a strong chain around her waist then padlocked then threw the key into the well. Since then believers threw in written petitions which I also faithfully did.

With many people telling me that it was risky to walk around Lima alone, I have proven that its safe and enjoyable exploring the City of Kings. Precautions nevertheless shall be taken into consideration. After three days of great sojourn in Lima, I flew back to US.
Posted by Edwin Antonio at 12:12 AM