It was a big surprise for me that Oline, Cristy and Herell took me to Hollywood, the entertainment capital of Los Angeles. The word “Hollywood” is often used as metonym of cinema of United States. They treated me with an unforgettable experience of Universal Studios. It was before only a dream and now it was realized through the kindness of Oline. We spent the whole day here taking the rides and shows. 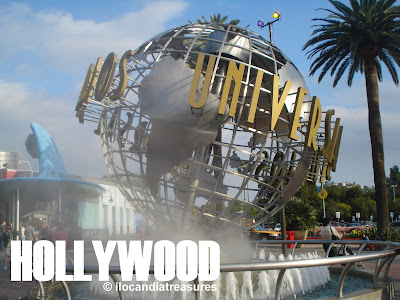 We started roaming at the City Walk. We saw the indoor skydiving and we enjoyed viewing the people doing it. It’s an experience of human body flight in a vertical wind tunnel. This is a little expensive and charges around USD60 per person. 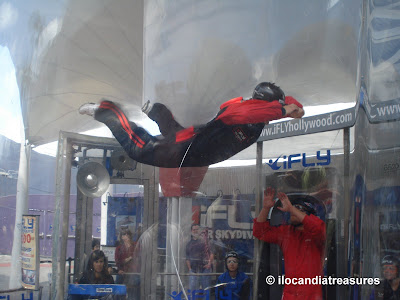 Entrance to the theme park is USD 67 per person and is valid as annual pass. Inside the theme park, we went to the House of Horrors. This is a place of dark and windy terror maze where we saw Chucky, Frankenstein, Wolf Man and other scary characters. Most of the visitors especially the ladies like Oline and Cristy were screaming loud. When we got out they were gasping. 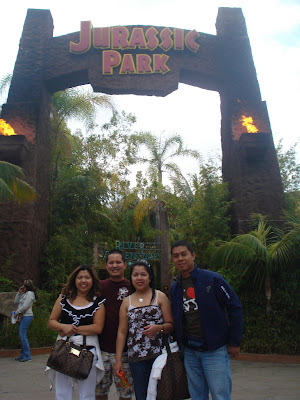 I had a ride alone at the Jurassic Park. I saw the different “living” dinosaurs and the 50-foot Tyrannosaurus rex, one of the largest land carnivores of all time. At the end of the tour, there was a gate that opened and we had a sudden treacherous plunge down into the 84-foot raft. It was the highlight of the ride and that shocked everyone. This was the reason that my companions did not join me anymore. 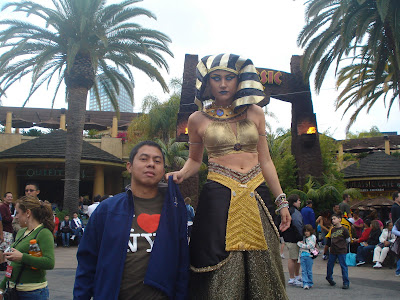 We tried the psychological thrill coaster ride at the Revenge of the Mummy. It is an indoor roller coaster that moves forward and backward. The track launched us in horrifying curves, drops and sweeping turns while we heard the mind-blowing horror sounds in a totally dark place. Everybody screamed.

Next stop was a show we watched at Terminator 2: 3D. All guests were assembled at the entrance hall for some talk and slide show. Later we went inside the movie room where we wore special eyeglasses to see the 3D film. We were taken into the machine-controlled world of Terminator. There were live human rebels that motor crosses and chases around the stage. New Terminator robots were unveiled from inside Cyberdyne Systems Corporation. 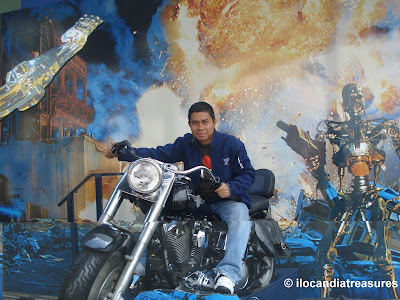 We went around and had taken some drinks and churros for snacks. We monkeyed around with Curious George by taking pictorials with him. Many children went to queue up for photo.

As a finale of our tour of the Universal City Studios, we enjoyed the live staging of Waterworld portrayed by Hollywood stars. It’s a hit motion picture that surged into life in a tidal wave of explosive action. There were so many death-defying stunts made by the actors. Explosions and shootings were made. Some spectators on the front line got wet because they were water gunned. This was an exciting and amazing performance show I’ve ever watched. 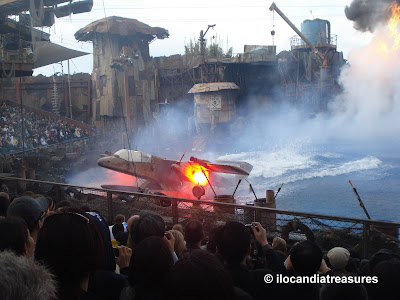 One day is not enough for Universal Studios. There were still so much to visit and see but we have to take our dinner at Beverly Hills. I was treated with a buffet dinner at Todai Restaurant. We enjoyed so much good food.

On our way home, we dropped by to Hollywood Boulevard to see the Walk of Fame. There were so many stars on the pavement where the names of Hollywood stars were inscribed on them. Just across the street was the Kodak Theater, home of the Oscar Awards.
Posted by Edwin Antonio at 1:31 AM