Cusco or Cuzco is a city in southeastern Peru. It is the historic capital of the Inca Empire. It was declared a UNESCO World Heritage Site in the year 1983 and designated as the Historical Capital of Peru.

When we arrived in the city of Cusco, I was awed by what I saw. Starting from the airport up to the hostel we were checking in at, it seemed that I traveled to another dimension of the earth. It looked so ancient. Despite the influence of modernity, I saw indigenous people still wearing traditional costumes and carry their babies or wares at their back using a cloth that they tie around their body. 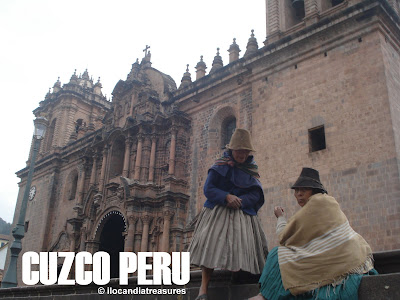 The building structures were so old. Plaza de Armas is the ultimate attraction of the city. It’s a nice place to spend an afternoon. You will find in the square old churches where you can visit, stores and restaurants that you can shop and dine. The Cathedral, Church of San Blas, Santa Catalina Convent, Church of San Francisco, La Merced Church and Church of La Compañia de Jesus are the churches the can be visited here.

The walls of the plaza were made of Incan walls. I walked down the impressive old alley in the city. Most of the streets were made of cobble stones. Because of the narrow width, vehicles got on traffic and had difficulty maneuvering around. I even saw a unique animal called the llama which I saw for the first time.