A Visit to Washington DC

The District of Columbia or Washington DC is the capital of the United States and the seat of the federal government. It was founded on July 16, 1790 and named after George Washington. It is not a state but just a district. Its land area was donated by the state of Maryland. 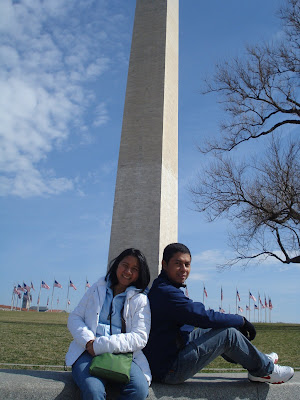 From Largo Town Center in Maryland, Andy and I took the Metro train and alighted at the Smithsonian Station and the National Mall was the first thing we saw as we got out. It is an open area national park located between US Capitol and the Lincoln Memorial. This was the area where people flocked during the oath taking of President Barack Obama. Then we headed close to the Washington Monument. It is a tall and large obelisk made of marble, granite, and sandstone located in the west end of the National Mall. It is the world´s tallest obelisk with a height of 555 feet. This was erected on January 31, 1848 to commemorate the first president George Washington. Other people call it pencil because of its pointed peak. 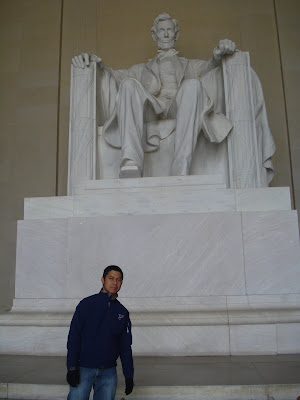 We proceeded to the Lincoln Memorial where we saw the huge seated sculpture of Abraham Lincoln. This building was in the form of Greek Doric temple and was built and dedicated in 1922 in honor of President Lincoln. The image of the building is shown on the US5 bill. We also saw the famous speeches of Lincoln such as his Gettysburg Address with the iconic phrase “Four score and seven years ago...” which were inscribed at the walls. There were many visitors on this monument. 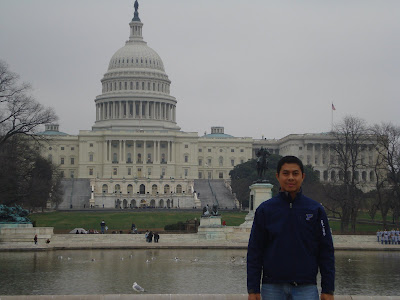 We visited the National World War II Memorial which was dedicated in 2004 to Americans who served in the armed forces and as civilians in the World War II. It has a pair of arches, 56 pillars surrounding the plaza, fountain and the freedom wall on the west side. Korean War Veterans Memorial in a triangle form was another spot we visited. It was dedicated in 1995 to the men and women who served in the conflict. It has 19 stainless steel statues and a black granite wall where the faces of the soldiers and people were sandblasted into it. We have seen also the Vietnam War Veterans Memorial which was dedicated to US Armed forces who fought and died in the Vietnam War. There was a long list of names inscribed on the wall. We have been amazed of the courage and bravery of the men in those wars. 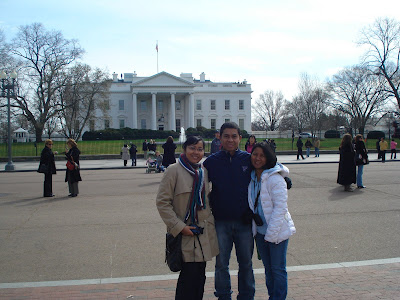 Then we rushed to go to the White House, the official residence of the US President as we were meeting Dewi Sitompul, my Indonesian friend whom I worked with in an exchange program in Japan. It was so nice meeting her again after four years. She now lives for a year in Maryland with her hubby. I introduced her to Andy. We had a great talk over a snack at the Fossil Cafe of the National Museum of Natural History. Of course the main topic of our discussion was all about our Ship experiences mentioning our other friends. It was reliving the spirit of SSEAYP. She invited us for a dinner in her house on the following day. 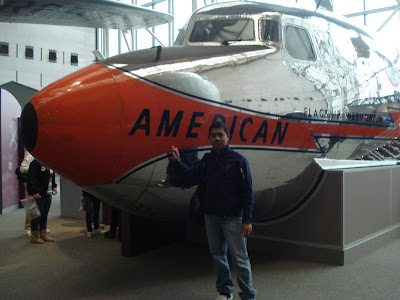 On succeeding days, I went back alone to DC to visit museums. It was so great that these were free of entrance fees. I started with a great visit to the National Air and Space Museum where I saw various commercial and war aircrafts. The Battle of Leyte Gulf was featured in here. The space shuttles were also exhibited. It was followed by the Smithsonian Castle, National Museum of American Indian where I watched featured films such as "A Thousand Roads," "Miss Navajo" and exhibit of Mayan back strap loom weaving. I saw many great art pieces that include paintings and sculptures at the National Art Gallery. I went back to American Museum of Natural History and saw the different huge animals on taxidermy and many artifacts. I went to visit also National Museum of American History, the Library of Congress and as a finale the US Capitol which serves as the seat of government for the US Congress constructed in 1793 with American neoclassicism style of architecture.
Posted by Edwin Antonio at 12:32 PM