Sharing Time with the Children of Paraiso

Before I arrived in Costa Rica, I requested Sonia to set an outreach activity for me to join. I was fortunate to participate in her project Our World: Children with Cameras. She set a Sunday to be with the children of Pueblito Shelter at Paraiso in Cartago. 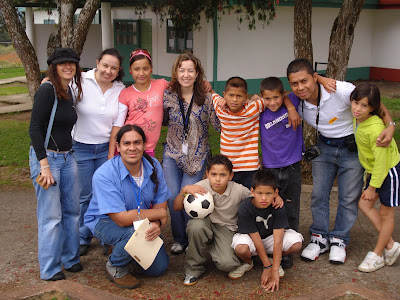 Luli and Hadass picked me up at Maria’s house and proceeded to Sonia’s place. I met her mom and sister Carmen. We all went together in one car to Paraiso. We dropped by Tres Rios to pick up Rolando. It was fun to be with the group and worked with the kids. 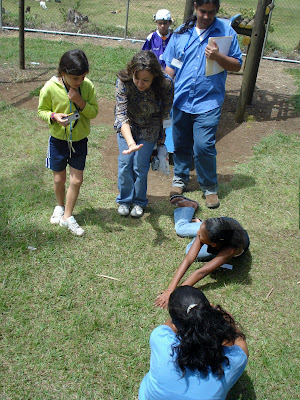 It was a photo workshop wherein Sonia grouped them into two and gave them cameras and shot whatever subjects they like guided by us. Each of them acted as models for the pictorials. They used films and these will be printed and shown to them later on. I met Kenneth, Lisseth, Jessica, Flor, Katharina, the little kid Sebastian and many others. 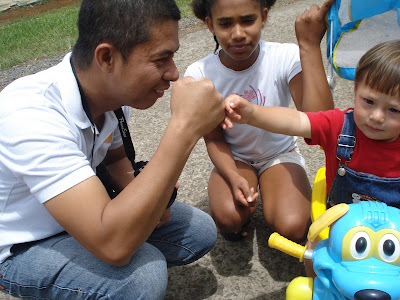 I was tasked to document on video the activity. I had the chance to interact and play with the children as well. Some of them were playing soccer. They were so happy to meet me as a Filipino and they became curious and asked me something about my country. I even taught them to make a special handshake which they enjoyed. I gave out some Philippine coins that surprised them to receive it.

It was so fulfilling to share a little time with the beautiful children of Costa Rica. They were even asking me when shall I be back to see them. To cap our day, Sonia and her group treated me for a late lunch at a nearby resto trying most of the traditional foods and had a desert of helados or ice cream on a stick.

Posted by Edwin Antonio at 5:30 PM

I wanna know more about their outreach program. It looks really interesting and inspiring as well. :-)

Hi Alaric, you can check www.childrenwithcameras.org for you to know more about the project. Thanks.