Machu Picchu: Wonder of the World

The four of us Philip, Vassy, Tsvety and I woke up and took our breakfast early to catch the bus to . We met Mariana of Argentina in the hostel who was also on her way alone to celebrate her birthday on top of the wonder of the world. We waited for the bus at 5:30am. There was a long queue of visitors waiting. We were advised to be early to get accommodated to the limit of 400 guests a day to enter the site on two separate batches of 7am and 10am. 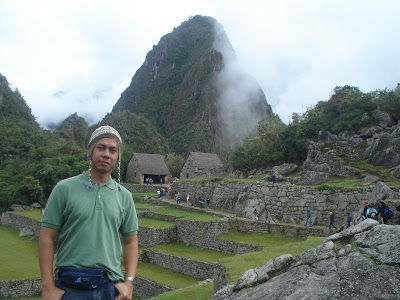 is one of the new seven wonders of the world as proclaimed on July 07, 2007 and is situated at 7, 710 feet above sea level in the . Its name was taken from Quechuan language which means .

This is the of the Incas and revered as a most sacred place in the ancient times. It seems that it has been utilized as a secret ceremonial city with the presence of palaces, temples, baths, storage rooms, and houses in a remarkable state of preservation. Notable are the terraced fields. The important structures which we visited were the of the Sun, of the Moon, the Room of the Three Windows,Temple of the Condor, Great Cavern, ceremonial rock, the Intihuatana ("sun-tier") which is believed to have been designed as an astronomic clock or calendar by the Incas Vnd many others.

It was so incredible and amazing to see how these ancient people can carve stones and build the structures in this site of 5 square miles in the 1400s. It is unimaginable how these rocks and stones were transported, precisely sculpted and fitted together with exactitude. One cannot even insert a thin knife blade in its mortarless joints. These structures were even built to endure earthquakes. It is indeed a product of architectural and aesthetic genius. 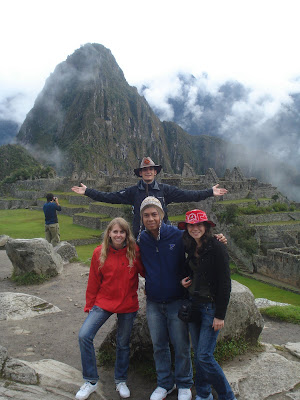 The site was rediscovered in 1911 by archeologist Hiram Bingham of with the help of a local farmer and brought artifacts he found to the . It was agreed that these shall be brought back to where they belong.

film was produced in 1954 with the title Secrets of the Incas that resulted in a surge in tourism in that same year. It is one of the top archeological sites on the planet and this Historical Sanctuary of Machu Picchu was inscribed in the UNESCO World Heritage Sites List in the year 1983. 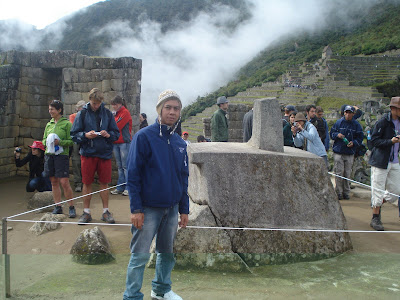 We truly enjoyed so much our visit to this breathtaking site. It was a journey of a lifetime. I never expected to come to this place so sooner. It was one of my dream destinations. I am so lucky that I had the chance to experience and see it right before my very own eyes. I consider this as the very highlight of my trip to the .

Posted by Edwin Antonio at 2:39 AM

lucky you! you are very well travelled. i'm guessing you're either in the airline business, the government tourism sector, or in the military. :)

Hi Reena, thanks for dropping by. Actually I am in the health care industry. I am an Ilocano. I just love exploring places and meeting people. Hope you continue visit my site. :)