My five hours flight to was a bit stressful because we experienced series of turbulence especially when we got close to the area of . I met Paolo in the plane who was coming home after eight years. We had a good talk and he sampled me Peruvian music in his Ipod.

of is a country in western . It is home of the world’s oldest Caral civilization and the Inca Empire, the largest state in the pre Columbian America. This country together with other South American countries was conquered by the Spanish Empire in the 16th century. It achieved its independence in 1821. Its population is multiethnic that includes Amerindians, Europeans, Africans and Asians. The official language is Spanish while a significant number of Peruvians speak Quechua. The name was derived from Biru, the name of a local ruler who lived near San Miguel Bay, Panama. 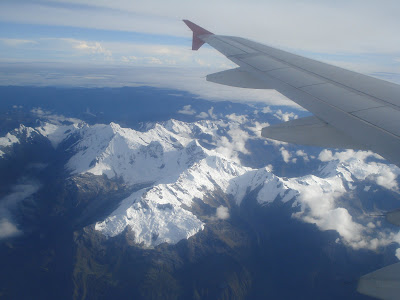 We touched down at at almost midnight. When I presented my passport to the immigration officer, I was asked how many days shall I be visiting, answered seven days and my passport was stamped.

Paolo and Isabel, the first Peruvians I met bade me farewell as they headed home to their families while waited for my flight at 5:15am to . But the flight was delayed for some 45 minutes. On the air, most of us passengers became excited as we saw mountain ranges of mostly covered with snow. 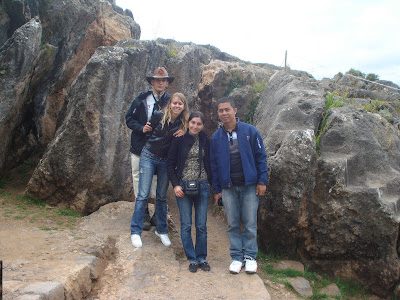 When we touched down at Cusco airport after one and a half hours flight, I was fetched by Henry of the Samay Wasi Hostel and took me to the van where I met Bulgarian friends Philip, Vassy and Tsvety who came all the way from who were also on their journey to the newest wonder of the world, Machupicchu. We checked in the same hostel and we went together touring around. We joined a group tour to the of the Incas or .

The sights were so amazing. Most people were still wearing traditional clothes. The structures of buildings were so impressive as well. A few colonial churches were there that I saw. I encountered the South American camelid animal called llama. Definitely it was an exciting culture I have experienced. 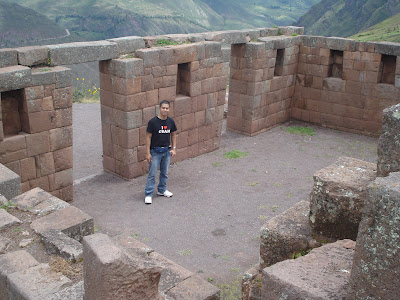 We went to the Peruvian of where I bought my boleto turistico at 70 soles good for only four major places in the circuit of . You also pay 70 soles for around nine places if you have a valid student ID. On this village we ascended mountains to which we follow the ready footpath. This climb was tiring due to lack of sleep and the high altitude made us gasp for some air. Water is a must for rehydration. We have seen in this area rice terraces and river. It was definitely a nature tripping. 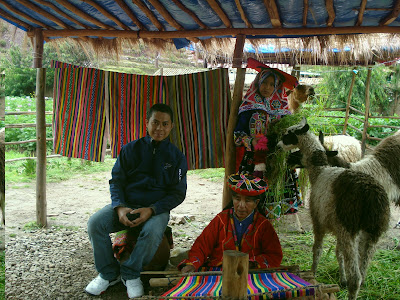 Prior to our ascent we were taken to a marketplace and were given free mate de coca or local tea to zip. It is believed to get you going on higher altitudes if you drink this tea. I bought one huge corn for 2 soles. It has large kernels. My jaw got tired of chewing the corn. We saw many Andean crafts and souvenir products being sold. We did not let pass pictorials with llmas with a local mother and daughter in traditional Quechuan costumes. The mother was also doing the weaving. A donation of any amount is made after taking photos.

We stopped by for a lunch in one of the restos. It was a buffet of Peruvian foods where I and Philip basically tried most of the foodstuff available. 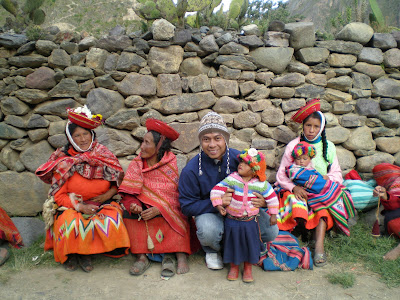 Then we proceeded to the town of . It is an Inca archeological site of southern . It is located at an altitude of 2, 792 meters above sea level. It is one of the important tourist attractions because of its Inca buildings and this is the starting point for a three-day trek to the popular Inca trail. We have seen in this place the Terraces of Pumatallis and the Inca Storehouses. 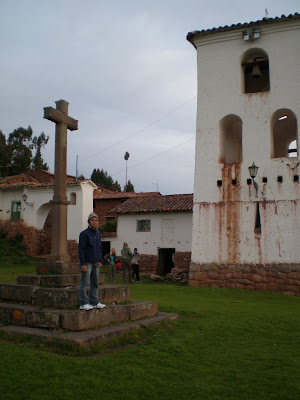 Chinchero was our last stop for that day. This is a village that comprises of adobe houses. We visited the adobe colonial church located at the main plaza. This was built in the early 17th century. Its walls and ceilings are covered of floral and religious designs. On the following day, we continued our tour by car arranged by a travel agent. We headed to the town of by taking Peru Train from Ollantaytambo in the afternoon. Prior to that I visited the copycat of Christ the Redeemer of Brazil built on top of a hill overlooking the entire . Then we proceeded to Puca Pucara. We went to another interesting city that is where we joined a lady who was dancing at the park. Adobe houses can be seen all around and the roads were narrow as we passed on our way to the town of ruins. We saw the Incan agricultural terraces. This is composed of enormous terraced circular depressions that were used to study the effects of different climatic conditions on crops. What a brilliant idea they had. 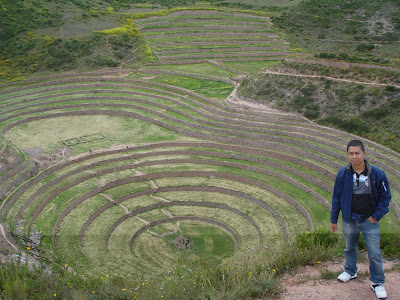 It was an exciting ride we had on the Peru Train for an hour where we got a glimpse of the mountains, water falls and rivers. To cap our day, we tried the banos termales for 10 soles. There were various pools available for different levels of water temperature. We were rejuvenated and that we had good night sleep.

Posted by Edwin Antonio at 7:04 AM