The First State of the United States is Delaware. It was the first state admitted into the union on December 7, 1787 and the first to ratify the Federal Constitution. Delaware is 1,982 square miles in size and it is the second to the smallest state after Rhode Island. Its capital is Dover and the largest city is Wilmington. 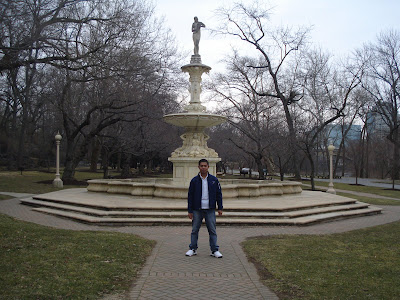 I was so grateful for Bernard and Cathy for sacrificing their time to send me off to my next stop, Maryland. We left Norwalk Connecticut at 2pm and reached Wilmington Delaware at 5pm. We stopped to visit a state park called Brandywine Park. We braved the cold just to see the picturesque scene here. It was so cold brought about by closeness to Brandywine River. It was a relaxing place where you can just stroll or jog along the river or make picnics here. There is a nice footbridge present here. We took our photos at the Josephine fountain and at the bridge. 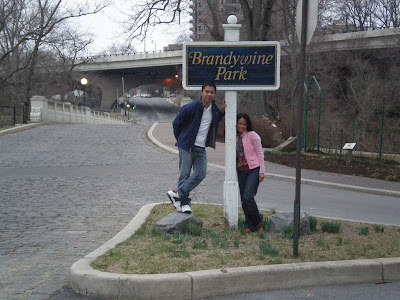 Before proceeding, we went for dinner at McDonald’s. I ordered some Caesar Salad and Shamrock Shake which is made of mint leaves and milk. This green shake is offered in time for the Irish festival. We resumed our travel at 7pm.

Posted by Edwin Antonio at 8:08 PM