A Cruise on River Thames

It was a great experience to be cruising on River Thames. On the last leg of my trip to Europe in 2007 I was taken by my friend Rady and sister Esme on a cruise. We went around London. From Greenwich pier to Westminster Abby, a boat charges 7.20 pounds per adult passenger. On our cruise, we passed by several bridges. One of which is the legendary London Bridge. I cannot believe that I finally saw the bridge that we use to sing when we were still kids, singing “London Bridge is falling down.” It was just an ordinary bridge actually. However the elegant bridge we saw was the Tower Bridge. The structure is beautiful. It is one the important and scenic landmarks of London. It is being published on postcards and posters. 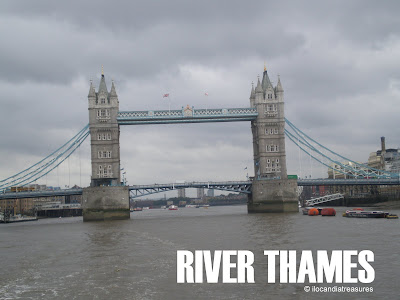 River Thames is the longest river in England and second in the whole of United Kingdom. It rises from Thames Head in Gloucestershire and flows into the North Sea at the Thames Estuary with a length of 346 km or 215 miles. The word Thames was derived from the Celtic name Tamesas. It probably meant dark or dark grey and that indicates muddiness which is true to its color when I saw. 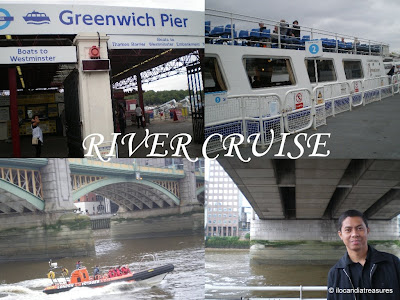 Some of the crossings in the London area with the bridges are Blackfriar’s railway bridge, London Bridge, Tower Bridge, Westminster Bridge, and Millennium Footbridge. Along the river, we have seen the London Eye, the biggest Ferries wheel in Europe operated by British Airways. It is the most popular paid tourist attraction in the UK and the fare is over 15 pounds per adult passenger. We visited Westminster. We took so many photos at the Big Ben and the Houses of Parliament.

You should have emailed me! could have shown you the south of england!
anyway, theres always some other time.
russell

Thanks Russell. I will try to see you on my next visit. :-)