A Taste of Mexico

Most of the people I asked from San Diego would say that its not safe to go to Tijuana since there were crime problems. This is attributed to drug and human trafficking issues.In 2008 alone the city reported 843 murders that resulted to drug vilolence.
I was really alarmed by those comments but I really wanted to visit Tijuana so I really made a way to go there. Tijuana is a city in the state of Baja California. It is the busiest city border of the world since there are about 75,000 people crossing the border everydady. 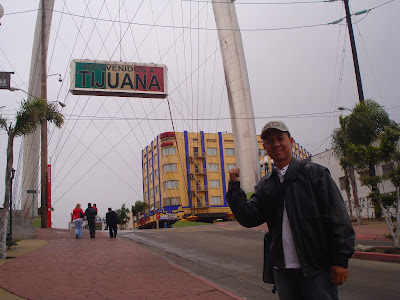 I checked online the tours for Tijuana. I was able to get a guided tour from starlinetours.com at USD34 for about four hours visit. Viator.com is another site but the same bus American Coach will be used for the clients on this trip. I took the morning tour at 9am where I joined some Australian and American tourists.

There was also a place he showed us not safe to visit. We went around the city by bus. Then we all alighted at Avenida Revolucion, a tourist spot wherein one can do shopping and dining. I looked around and there were so many Mexican souvenir items on sale. I bought a Tijuana t-shirt as souvenir. I even had a try of the Mexican costume poncho with maracas and sombrero. 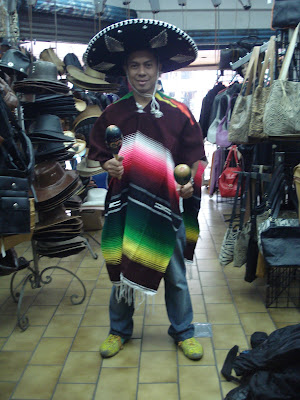 Definitely not to be missed is a taste of the popular margarita which costs USD2.50 and I have tried the food mulita at same price. It was such a good food trip. It rained so hard that I was not able to get around further. We went all back to the coach. The streets got flooded.

At theUS immigration, there were no questions asked of me but the officer only commented that I am a Filipino and Im Pacquiao. Same thing with the vendors I met that they recognize me as a Filipino and that we have similarities with Mexicans. It is said that Filipinos are sympatico.