A day before the fiesta in Solsona, I called up the mayor’s office to inquire from them about the program of activities. I was able to talk to administrator Willie Marquez and he was jubilant to relate to me the past activities they had. One is the putting up of the Gameng Village infront of the municipal hall with a few nipa huts to exhibit their products. They showcased the preparation of exotic foods and they served it to guests in coconut shell and ate with their barehands. It was really interesting. The hym was also a surprise being presented during this fiesta. It was composed in a matter of few hours by Professor Felipe De Leon Jr. in collaboration with the people of Solsona. 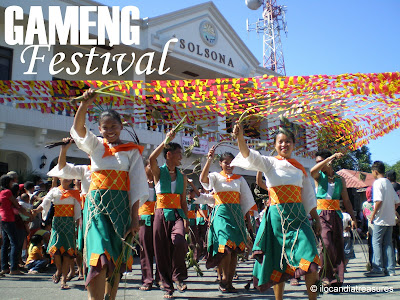 With my attendance to the said festival, I have proven that it was really full of surprises. There were so much to see as what they have exhibited and paraded those treasures or gameng that their town takes pride of. 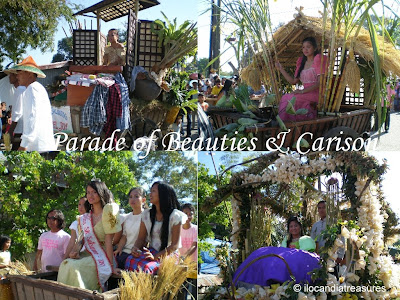 Gameng refers to treasure. It may refer to a wide array of wealth ranging from the people, their values and traits, the heritage and culture, to their natural resources and many others. The people of Solsona have showcased them all. This is the second year in a row where it became much more organized. The National Commission for Culture and the Arts has helped and assisted the people of Solsona to do the cultural mapping and they came out to depict their subtheme flora and fauna. A respresentative was taken from each with daludal for flora while ugsa or deer for the fauna. From the movements of these two species, they adopted their steps and moves into their dance numbers.
I arrived in the place at around 8:30am. And it was the only town I observed to have celebrated so early as in the morning just to signify the rising sun. I was even told that at the opening ceremony, it was started at dawn for the people to experience sunrise. 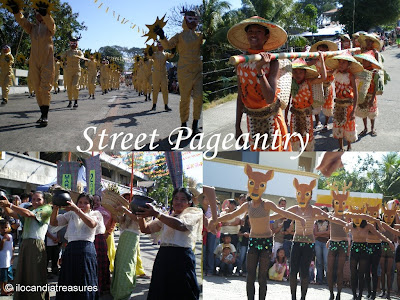 On the fiesta day itself, it was started with street pageantry where Solsona beauties were paraded in carison or cow-drawn carriages but it was pulled by men. They have decorated with daludal plants, rice, leaves and other indigenous materials. They missed to at least parade some live animals since the subtheme for this year’s celebration was flora and fauna. I have only seen a monkey from one of the floats. It would have been better to parade a live deer and other animals.
Later, the 21 villages paraded their dances with vibrant costumes and themes. Contingent members wore masks of a deer, put some deer’s horns, place daludal leaves. I was seen by teacher Lloyd Rosquita who then asked me join him judge the dance showdown. Baranggay Catangraran went home with the grand prize. 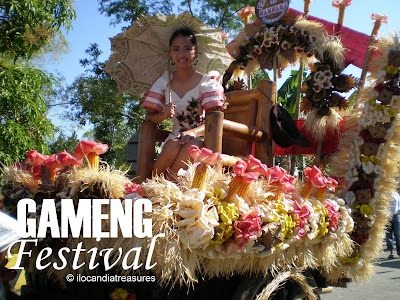 The people went to the auditorium for a ceremony with the speeches from Mayor Joseph Delara and guest speaker Board Member Robert Castro. Senator Ramon Revilla, Jr was also present as special guest. It was a non-stop celebration. They did not take a break since it was followed by the presentation of occupational dances. Then in the evening was the coronation of Ms Solsona.

Posted by Edwin Antonio at 4:48 PM