In commemoration of the 191st foundation anniversary of the province of Ilocos Norte, Ragrag-o Festival takes the center stage where all the festivals of the towns of the province were showcased. It’s a big treat for the locals to watch all of it in just one venue and time. 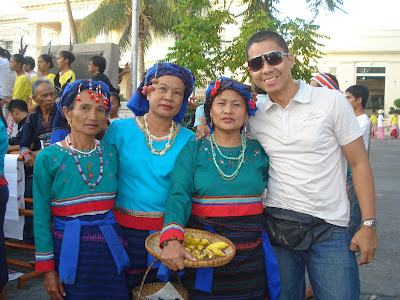 This is a historical celebration. Ilocos Norte was a former part of a province called Ylocos until it became independent 191 years ago. It is composed of 21 municipalities and 2 cities with Laoag City as its capital. It is where the capitol located.
A parade took place where each municipality has its own representation.A speech was delivered by Governor Michael Marcos Keon. It was followed by the presentation of the fetival dances of each municipalities including the tribal rituals of the municipalities of Carasi, Dumalneg, Nueva Era, Adams. They presented the burial rites and the wedding and courthship rites.
Posted by Edwin Antonio at 9:55 AM