After two and a half hours flight via Westjet airline, we landed at the Vancouver International Airport at 1:30am. I was able to get to the lounge at 2am then waited for Donna Milan, a former college classmate. She arrived at 3am to pick me up. We greeted and hugged each other. We were so happy meeting up again . We have not seen each other since college. She introduced me to her hubby Ernie and drove us home. 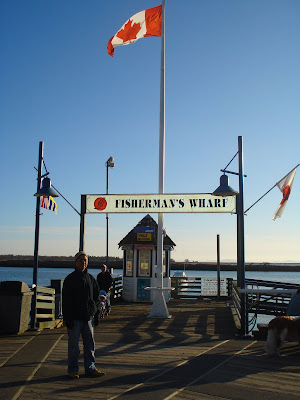 Richmond is a coastal city in the province of British Columbia of Canada. It was incorporated as district municipality in the year 1879 and became a city in 1990. It is part of the Metro Vancouver. It is the location of the Vancouver International Airport.

With their daughters Arwen & Sigrid and her sister Ian, we went to visit the Steveston Historical Village where I have seen so many fishing boats at the harbour. It has over 600 boats. This is a historic salmon canning center. It is also branded as the Gateway to the Orca (killer whales) for the active whale watching industry making the harbor home. 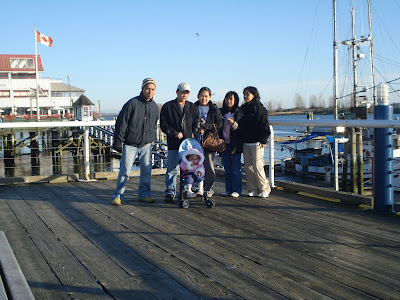 There were Canada geese and other birds hovering around the port. It was very cold near the water area.I have seen also the Steveston Historial museum building and post office and the fisherman's wharf.

Vancouver is the venue for the 2010 Winter Olympics so we went to visit the Richmond Olympic Oval, an 8,000-seat speed skating oval close to the airport.
Posted by Edwin Antonio at 2:14 PM