The Effeil Tower has become the landmark and the very icon of Paris and that it symbolizes romance where Paris has been popularly known for. It is one of the world’s recognizable structures. It is actually an iron tower built at the Champ de Mars used as observation and radio broadcasting tower. 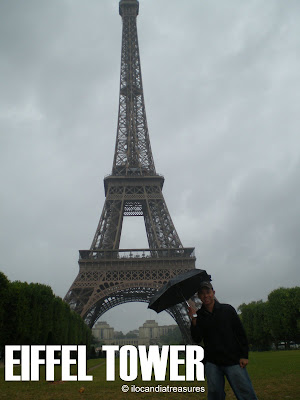 It was constructed for two years and completed in 1889. From then on, more than 200 million people and that includes me visited the tower. It has a height of 325 meters or 1,063 feet which is like an 81 levels of a conventional building. It is truly fascinating site. I can’t help but to jump and rush upon arrival from the MRT station to the site to experience its wonder when I paid a visit in 2007. Making it the most visited paid monument of the world. There was an entrance fee of 8euros going up using the elevator but on foot which I did was only 4 euros. So I climbed the spiral stairs braving the rain with my umbrella since it was drizzling at that time. It was an amazing feeling to be on top of the world at the very heart of Europe. I was stranded on top because of the heavy rain. From morning till early afternoon, it has not stopped. I got only one day to be around Paris so I did not have a choice but to go down, shot photos and get around. However the weather just got so unpredictable. The sun showed up few minutes after my descent. I missed a good lighting for my photos and only a cloudy background of the Eiffel Tower was taken by me. 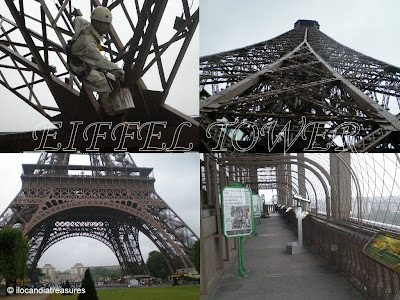 There was a café and restaurant at the top where you can buy snacks at. But prices doubled up here. A souvenir shop was also open for you to buy miniature Eiffel Tower monuments and other items. A certificate of ascension to the tower was also available for a fee.
It was one of the finalists in the Seven Wonders of the World being voted popularly by the world in the year 2007. The said structure was named after its designer and engineer Alexander Gustave Eiffel. He also designed the Statue of Liberty in New York. These are the two very significant and popular works he did. Surprising to know also that he has works in the Philippines that include the San Sebastian Church in Manila and the two Quezon Bridges in Quiapo and Pasig River in Manila.

Posted by Edwin Antonio at 1:00 AM