The month of December signals the start of the holiday season and the Giant Lantern Festival. This is an annual event held at the “Christmas Capital of the Philippines,” the City of San Fernando, Pampanga. This is a competition of giant lanterns from among the entries of all the villages in the city. The people come out to support the making of the giant lantern. I was surprised to see that at the back of the marvelous display of lights and sounds were the people working hard behind to put up the light show. They have installed and illuminated 3,500 to 5,000 light bulbs to the approximately 20-feet diameter size of the lantern. 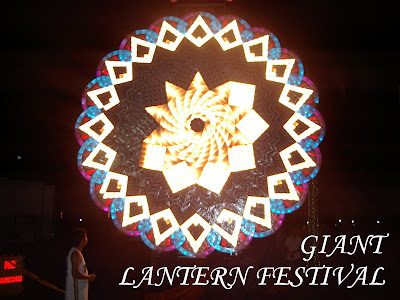 This all started when locals held the first lantern festival in 1928 with the purpose of honoring President Manuel Quezon when he made Mount Arayat as his rest place. He even donated the prize money to the winners. From then on, they made it as a celebration annually with so much innovations observed from using Japanese paper to colored plastics and from hand-controlled switches to rotor or large steel barrels to manipulate lights.

This is awesome to watch as I have experienced when I visited Pampanga with a Malaysian friend in 2006. It is truly a magnificent showcase of Kapampangan artistry. 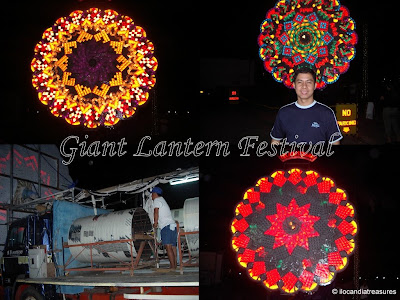 Posted by Edwin Antonio at 8:59 AM