I wished and planned to go out of the country to celebrate my birthday this year in another place however it did not push through. I was lucky to have experienced the feeling of a birthday celebrator in Guam even though its not my actual birthday.

Steve treated me out for dinner at Tony Roma’s Restaurant where I ate a delectable roasted baby back ribs. There was a certain Filipina by the name of Maria who attended to us and entertained us while having our dinner. She was a wacky personality where she shared her personal life and made us laugh the whole time. We enjoyed her company. Later, after finishing our dinner she told me to pretend as a birthday celebrator for the day since they were giving me a free brownies sundae with a lighted candle and the entire crew sang for me a birthday song. Wow, it was incredibly wonderful to be greeted that way. 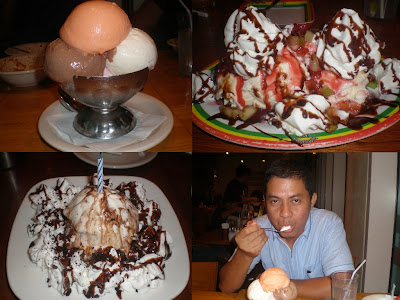 On the following night, Nino treated me out for dinner at Jamaican Grill where I had a platter of chicken and rib combo with vegetable salad, Jamaican rice and soda. He told the crew that it was my birthday and they automatically sang the birthday song for me. I was given a sundae ice cream with fruit cocktail as its base. 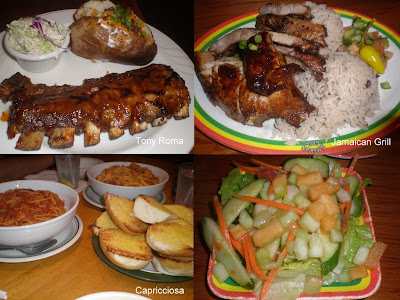 I had the last dinner in Guam with Nino and Michelle at Capricciosa where we had seafood pasta and bread. They again told the crew that it was my birthday just to have a dessert. Since it was an Italian restaurant, they sang it in the Italian way. I was given ice cream.

I had so much of what I planned before. My wish was granted.

Posted by Edwin Antonio at 7:04 PM