Almost a week after posting the World Heritage Site Sydney Opera House in this blog, it was reported on the news that its designer and architect Jorn Utzon passed away at age 90 on November 29, 2008 at his home in Copenhagen Denmark.

He unexpectedly won the competition to design the Opera House where he submitted design which is a little more than preliminary drawings and described it as genius by Eero Saarinen, one of the judges as he could not endorse any other choice.

The structure was completed and opened in 1973 by Queen Elizabeth II. He was neither invited to the ceremony nor his name being mentioned. He was awarded honorary doctorate by the University of Sydney for his notable work in 2003 where it was accepted by his son as he was ill to travel to Australia.

He died and never saw the Opera House on its completed form. 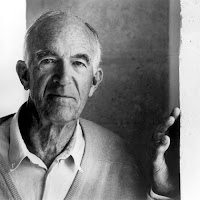 Posted by Edwin Antonio at 9:58 AM