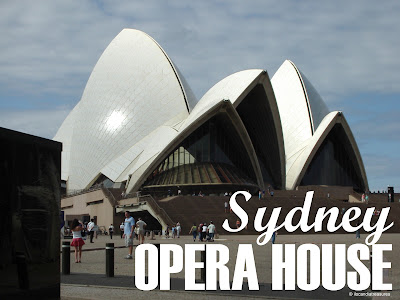 This was inscribed into the prestigious list of UNESCO World Heritage Sites on June 28, 2007. This is the landmark of Sydney or Australia in general that captivates everyone just like me. It was awesome. I went around it and simply amazed me. Just imagine the design where the roof was outstanding. It’s a pre-cast concrete ribbed roof. The construction of this building was completed in 1973.

Posted by Edwin Antonio at 4:04 PM