Tumba: A Halloween Tradition of Paoay

Tumba is a cultural tradition of the town of Paoay in Ilocos Norte. It is a halloween activity which usually take place on the first of November. This is their own way of paying tribute to the spirits of the dead. Last year, I, my friends and some guests from Manila witnessed this celebration.
Tumba refers to catafalque. It is a raised bier or platform that is used as support to casket or coffin or body of the deceased during a funeral service. This is often movable. It may also refer to a tomb or altar. In this town, they put the umras or offerings in the tumba. 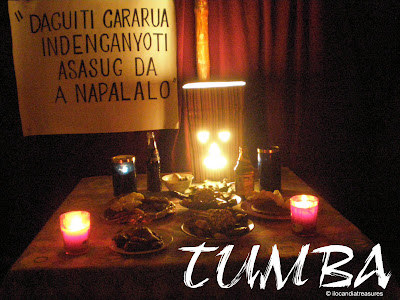 Every baranggay prepares its own exhibit wherein they decorate a house that would look creepy and eerie. They display some food offerings and whatnot on a table wrapped in a white linen. There were some flowers and candles. The scariest thing I’ve seen was the very old big house in the dark wherein its only lighted up by candles and a small torch. Going inside would really make you feel strange, as if there were some spirits roaming around. The teen visitors were even shouting because of scare. 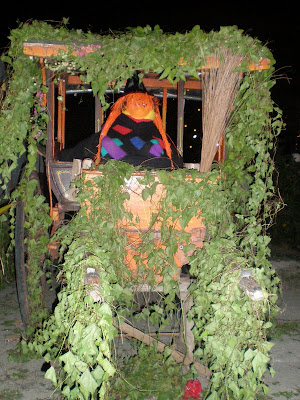 The entries compete for a prize since a group of judges would go around and rate them accordingly based on its creativity and maybe the impact of horrifying ambience.