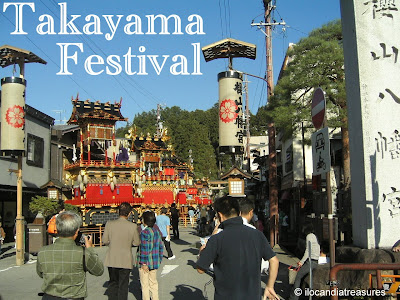 There was a display of festival floats on the streets during daytime in the old town and several of the floats have the karakuri performance by mechanical dolls dancing and moving. We had witnessed the Mikoshi procession where the portable shrine that contains the Shinto deity was carried around and it’s the only time of the year that is being brought out. 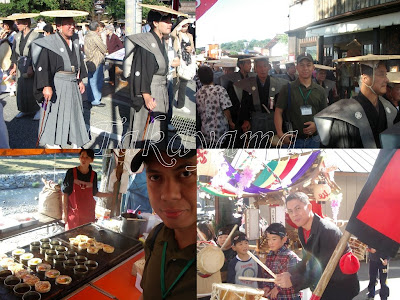 The highlight of the festivities is the Evening Festival where the floats were pulled through the streets being lighted up. This celebration in Takayama City in Gifu prefecture of Japan is truly entertaining and that it attracts many visitors from all over the world.
Posted by Edwin Antonio at 6:58 PM