October is a memorable month for me since for two consecutive years I was able to visit and enjoy Japan. I was selected as Philippine Delegate in 2005 and in 2006 I was chosen by the Cabinet Office of Japan as planning committee member and panelist to the 21st Century Renaissance Youth Leaders Invitation Program (REN). 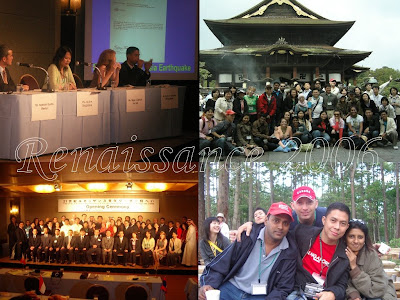 It was such an amazing experience. I met wonderful people from different countries who eventually became my friends. Gaining friends from countries in various continents of the world truly make it a big treasure. I learned to appreciate much more the Japanese culture for the second and third time. I was exposed to the various non-profit organizations in Japan and being introduced to different social contribution activities from which the people were involved in and how do they work harmoniously meeting their organization’s objectives. Aside from Tokyo, I was able to visit prefectures of Fukushima, Gifu and Nagano.
In this program we had formal opening ceremonies attended by representatives of the Cabinet Office, the staff of Center for Youth Exchange, and the International Youth Exchange Organization followed by a short lecture of panelists then to a welcome reception. Intensive discussions among the delegates were undertaken and lectures of resource speakers were heard. There were institutional visits made followed up by a local program in distant prefectures that included a homestay to a Japanese family. Concluding the program was a global forum. 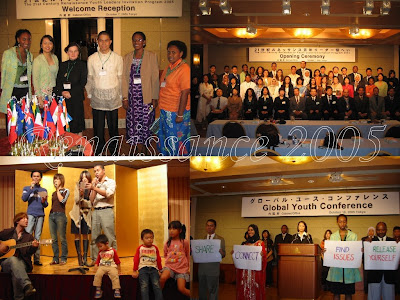 As one of the panelists, joining Australia, Mexico, Singapore and Japan, I discussed the international volunteer organization called Volunteer Services Overseas or VSO Bahaginan. I shared the objectives of the organization, the participation of Filipinos and the mechanism of the deployment of volunteers to the different target sites, the poor countries.
After 6 years of successfully offering this program, the Cabinet Office decided to end it to give way for new exciting programs. In the first year, they sponsored 160 delegates from 37 countries followed by 78 delegates from 20 countries on succeeding years and in the last two years were 40 delegates from 20 countries.
Posted by Edwin Antonio at 7:32 AM