The Fast and Furious Shinkansen

On our way to the prefecture of Nagano, we took the E2 Series Shinkansen. We moved as a group with our luggages and so the one in charge to our group bought the tickets for all of us. We moved quickly at the station to catch up the train. The schedule was just so punctual that you cannot simply afford to miss it. 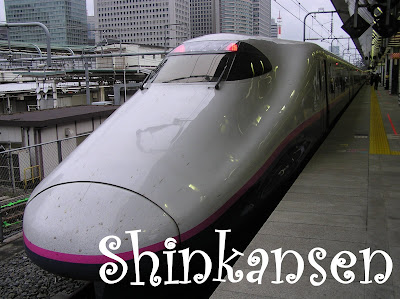 Shinkansen literally means new trunk line but it is popularly known inside and outside of Japan to be the whole system of the trains.
It was an exciting experience to ride the bullet train of Japan that runs in a maximum speed of 260km/h or 163 mph specifically for the Nagano Shinkansen. Just imagine that speed. It was so fast and furious. These new trains were built between 1995 and 2005 and there were about 8 or 10 cars per trainset and has a capacity of 630 and 815 respectively. The Nagano Shinkansen has 8-car sets. The body is made of aluminum and has a car length of 25000mm and width 3380mm. 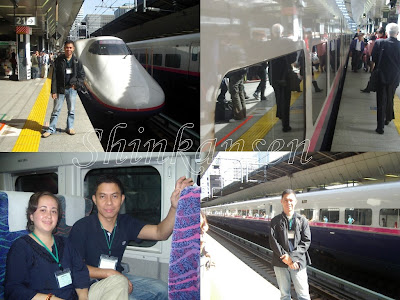 The seats were just so comfortable. I sat beside my Costa Rican friend Maria. We had a nice view of the sceneries along the way. The running was so smooth that you will simply enjoy the ride and might fall to sleep.
Posted by Edwin Antonio at 8:53 PM