The Old City of Vigan: A World Heritage

“A place like no other” is the description by locals and foreign alike to Vigan. The name was derived from a tuberous taro plant that belongs to the gabi family. This plant was endemic to the place especially in the river banks as they coined Kabig-bigaan for the place. Vigan was founded by Don Juan de Salcedo in 1572 where he called this as Villa Fernandina in honor of the son Prince Ferdinand of King Philip II of Spain. In 1758 in the same year as the seat of Nueva Segovia was transferred to Vigan, the villa was elevated to Ciudad Fernandina de Vigan in honor of the reigning King Fernando VI of Spain. 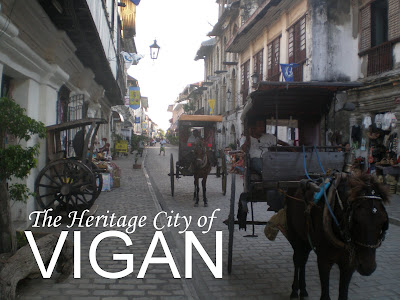 Did you know that Vigan is an island which used to be detached from the mainland by the Abra River, Mestizo River, and the Govantes River. It was a coastal trading post in precolonial times. The Chinese through the Mestizo River came to barter exotic goods and most of them intermarried with the natives. 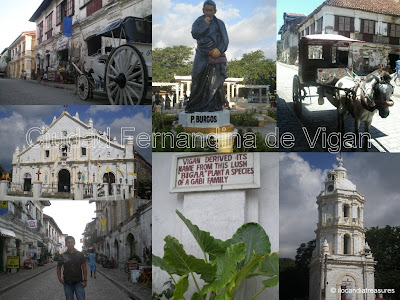 Since it is the only surviving colonial city, the Heritage City of Vigan was inscribed in the prestigious list of the UNESCO World Heritage Sites in the year 1999. One can experience traveling back to the past in the present modern age where one can take the calezas and get around Calle Crisologo. One can observe the fusion of Asian, European and Latin American influences in the architectural designs of the antiquated houses and the cobbled narrow streets. Its truly another site to behold. A gem of the Ilocandia.

Posted by Edwin Antonio at 5:44 PM

Love your blog! Anything Ilocano is near and dear to my heart! Keep posting!