June is the popular month for wedding celebrations. It is but fitting to make an entry in this blog about weddings this June. There is a high frequency of weddings that take place in the said month. The June bride term has originated from this June wedding. In the Philippines, they believe that its the perfect time for marriage due to its cool temperature brought about by the rainy season ready for eventual honeymoon . Rain would also mean a blessing. For the rest of the world its summer time so its the joyous time to celebrate unions.

I am presenting some of the wedding ceremonies I have seen and witnessed in the last four years.

In August 2005, I have witnessed the very first foreign wedding to which my Filipino friend Raja married his Singaporean girlfriend Linda. It was a long celebration that took one week including the preparations. The ceremony took two days. They had the dowry offering and the main ceremony. There were so many guests who came to celebrate the occassion. They had a never-ending pictorials with guests yet several changes of wedding costumes was observed. 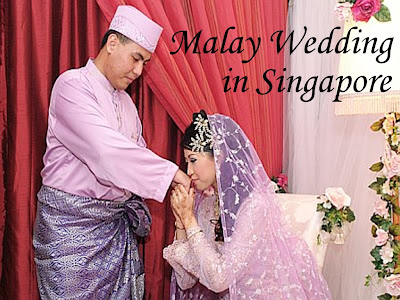 Another Singaporean marriage was held on December 2007 where my friends Farih and Janah invited me over to witness their union. Its basically the same thing with traditional Malay wedding where they change costumes several times. The couple exhanged several luxurius gifts with each other. There were watches, ipods, cellphones, shoes, bags and many others each placed on transparent boxes or pillows with decorations. It was a two-day ceremony. It was fascinating to see the theme of their wedding on the last night since they wore English Renaissance costumes in a dramatic entrance. The couple looked like a king and queen. 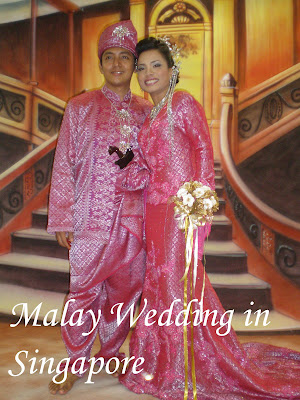 A reenactment of traditional wedding in Seoul was held during my attendance to a world convention on June 2007. The couple had to vow to each other. The groom offered a duck which is a symbol of long and happy marriage. After the ceremony the couple walked around and guest showered them with rice as sign of prosperity. Traditionally, the groom traveled by horse to the bride’s house and the ceremony usually held in the bride’s backyard or house. The couple wears the formal court costumes. I have seen the bride to sport round red mark on her cheeks. The bride wore hanbok with sash and crown. 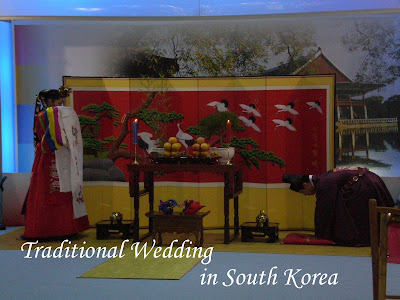 In February 2006, my friends Nona and Dep got married at a Catholic Church in the Philippines. A catholic priest officiated the ceremony. Since the groom is in military service, they turned up the union into a military wedding. A set of royal guards were there to assist the couple. During the entrance, the bride and groom were received by the guards by raising their swords fronting each other while the couple marched through the altar. The same thing was conducted after the ceremony just before letting them pass, the groom was asked by the head of the guards of his promise to his bride by shouting it then finally kissed and carried the bride to the reception area. 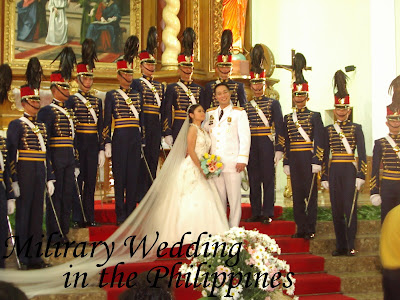 Accidentally, I have seen this wedding ceremony in Phnom Pehn when I was walking around. This ceremoncy was only a part of the wedding. This is the fruit counting ceremony where children offered a certain number of fruits. Parents of both parties were present in the ceremony. 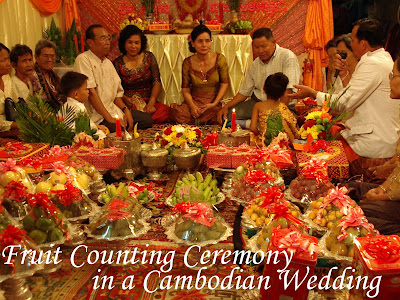 After meeting a Dutch couple in Laoag City during their vacation, I was just surprised to know from them that they married each other and saw their wedding photo in Facebook. They just got married immediately after their backpacking in the Philippines. Its a very controversial marriage since only few countries in the world allow legal marriage of gay couples. In the Netherlands, same sex marriage is legal. 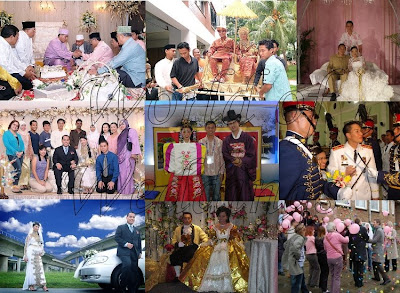 Posted by Edwin Antonio at 4:15 PM