Last weekend, I really forced myself to drop by at the town of Santa Maria in Ilocos Sur since I am on my way home to Pangasinan. In the said town you can find the world heritage church called Nuestra Senora dela Asuncion. This is my first time to visit the Church of the Assumption but I passed by here a couple of times already. 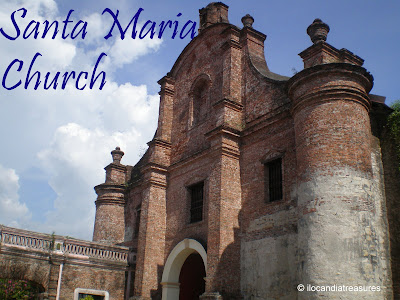 This was built on top of a hill giving the visitors a panoramic view of the whole town. There were 82 steps of stairway I took before reaching the top. Santa Maria Church was designated as a National Historical Landmark in 1982 and inscribed in 1993 at UNESCO World Heritage List. This was built in 1769 while the belfry in 1810. The redness of the exposed bricks gives beauty to the façade.

I was so fortunate to have the chance to climb the belfry since I saw some people entered its gate and I rushed to go up too. They were members of the Integral Youth Ministry headed by Charity who were assigned to ring the bell to signal a funeral service. There were lots of bats and dongs inside. The wooden ladders were not that good. Each window has a bell but the primary bell was hanging at the center portion of the tower. The sound of the bell was so deafening and I was asked to cover my ear. I also went at the back of the church then later went inside and saw the image of the Virgin Mary being enshrined at the altar. 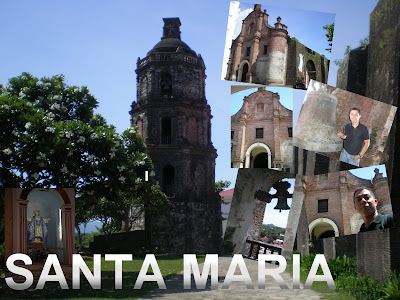 Posted by Edwin Antonio at 9:14 PM