Yesterday, before I went to see my patient I dropped by at the Paoay Church to document it. I often see this building since I move around this area. Looking like an exotic Javanese temple, the structure is so magnificent attributed to its antiquity and the supporting buttresses considerably extending out from the exterior walls that give a 3 dimensional visual experience.
The Church of San Agustin was constructed in 1694 and completed in 1710 which employed architectural design or features from Latin America with Spanish influence of course since they were former colonies. This is another baroque church in the Philippines which was inscribed in the UNESCO World Heritage List in 1993. It has survived two major earthquakes in the past. Its sturdiness is attributed to the component materials used such as the bricks and coral stones plus the stucco comprising of sand and lime with sugarcane juice boiled with mango leaves, leather and rice straw. 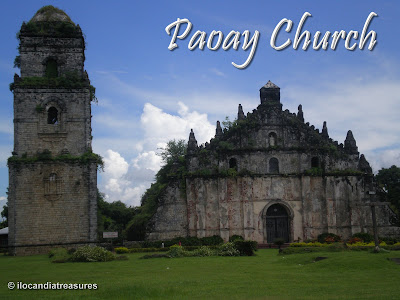 Situated on the right side is the belltower that complements the church giving that picture perfect combination. Inside, it was said that the original ceiling was painted with the scene similar to that of the ceiling in the Sistine Chapel but now you can only see the corrugated roof sheets. From among the four baroque churches, Paoay Church’s interior is bare and empty.

Did you know that the church façade highlighted the beauties or the candidates of the Miss Earth in 2004 since it was used as the venue for its pre-pageant presentation? It looked so wonderful since it was dramatically lighted up. 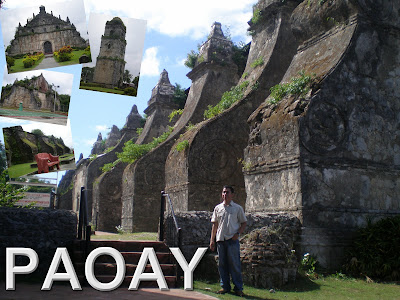 Posted by Edwin Antonio at 6:24 AM