After our Cebu Pacific flight 5J553 touched down at Mactan Airport at 11:20AM, I went directly to Waterfront Hotel in Lahug to see Vinnie. This was my third time to visit the island. We went out for lunch together with his Singaporean friends at Ayala Mall. I had a plate of red seafood pasta. At the Spaghetti Factory we noticed an unusual big size of a pepper mill used by the waiters. We also saw at the grocery singing group of blind men serenading customers. It was my first time to see it on a grocery. 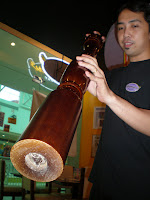 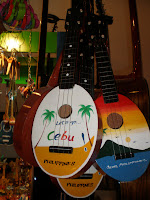 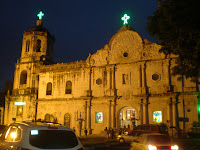 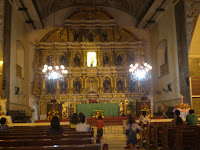 Late afternoon, I went around town and have seen the Cathedral, the Basilica Del Sto Nino and the Magellan’s Cross. I went for dinner at SM foodcourt at Marina, ate grilled sweet blue marlin. 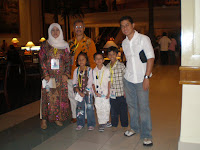 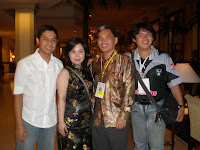 I waited for my Asian friends at the hotel lobby since they went for a dinner program for the SSEAYP International General Assembly (SIGA). I saw my Singaporean foster parents Ibu Intan and Aya Mansuri and grandkids and followed by my friends Masa, Miho, Macchoi, Meng Wai, Jeremy, Chan, Miles, Cris, Atchee, Aldean, Rostam, Pam, John, Daniel, Francis, and many others. I went out with my SSEAYP batchmates for a night out at the bars in Mango Avenue. We had a few bottles of beer. We called it a night at 3AM. I took a short sleep then headed to Bohol Island. 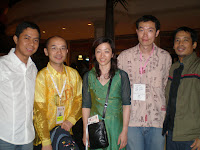 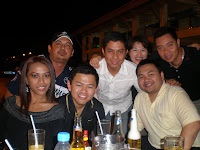 I took the Weesam, a fast seacraft at 7AM, the first trip that took us 1.45hours to reach Bohol. I paid Php400 plus 25 terminal fee. I went straight to Carmen Bohol upon my arrival in Tagbiliran. The bus took me 1.15 hours to Carmen for Php50. This was my second time to visit the island. The island is still the same awesome place I have been to in 1994. It was totally uplifting to see for the second time the amazing Chocolate Hills. This was created by the millennia of water erosion on limestones atop impermeable clay that formed the limestone humps distributed all across the center of the island. These hills come in brown color like the chocolate color during summer period and turn to green in rainy season. This is another wonder that the Philippines treasure. 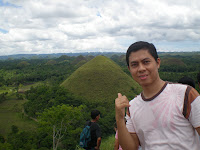 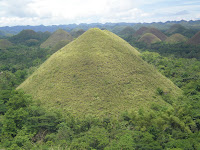 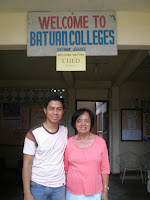 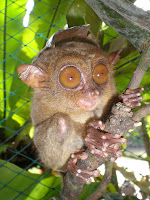 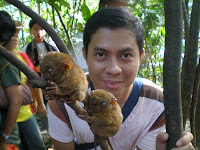 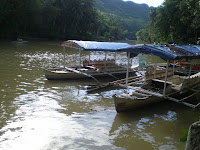 After enjoying the sight of the Chocolates Hills in Buenos Aires, Carmen Bohol, I proceeded to Batuan to visit my former mentor, Dr Consolacion Vinluan, who is a town councilor and the president of the Batuan Colleges which grew bigger as what I have seen when they started it on my initial visit. I saw also Yvonne, my collegemate who is the niece of my mentor. They fed me with lunch. It seemed that they would want me to stay for the night but I have to go back to Loboc to see the tarsiers.

Finally, I saw the Philippine tarsiers, smallest primates which I did not see before. I enjoyed viewing them on a cIose up. Some visitors fed them with insects which the tarsiers enjoyed. From the same town of Loboc is the popular Loboc River where you can enjoy a cruise by renting a boat. You can also dine in a floating restaurant. The town is the origin of the internationally award winning Loboc Children’s Choir. I bet that most people here are good singers just what I noticed from my first visit.

All of the vessels bound for Cebu were all fully booked just because it’s the peak season. They have numerous visitors during the summer period. Luckily, they had a special trip at midnight which I took and slept in the ferry. The slow seacraft took 4 hours. I paid Php185 for a sitting positing. 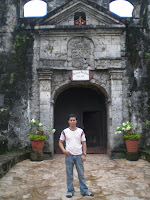 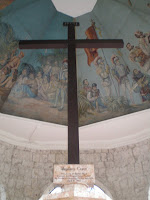 When I got back to Cebu, I went to Fort of San Pedro which was still close. Went around further by a walk. I visited again the Magellan’s Cross, the Sto Nino Church where I attended a morning mass on a Cebuano dialect. I walked along the Carbon Street looking for dried fish but to no avail. I took my breakfast at a restaurant here. I bought a ukulele for Php270 and some otap, a native delicacy. I rushed to the airport for my flight to Clark. I saw Atsuko, Reiko-san, Masa, Tomoko and company who were bound to Tokyo via Manila. I met the Malaysian group who attended SIGA on the same flight with me. 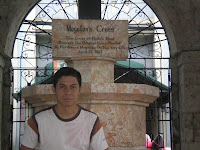 Posted by Edwin Antonio at 7:56 AM