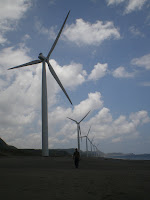 I had the chance today to visit the Bangui Windfarm with my friend Roel who dropped by from Manila just to see the windmills. Its becoming very popular since it appears on newspapers and magazines and had been a location site for the pictorial of a popular brand of apparel. We took a jeepney ride from Laoag City which costs Php60 per person. We alighted at the Baruyen Bridge where you can see the marker of the windmills. There were some tricycles available for rent for Php30 which can take you to the actual site.

These gigantic white structures never cease to amaze the visitors. Its my 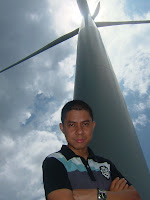 second time to get up close to them but it’s still the same feeling I felt. This man-made site is truly awesome. I can’t believe my eyes that at my own home province I can find these which I only saw in Amsterdam, Belgium and Germany. There are 15 wind turbines which are placed in a single row along the coast of the Bangui Bay. They were planted on a distance of 326 meters apart. It is 70 meters high equivalent to 23 storey building and the blade is 41 meters in length. To get the optimum benefit of the winds, they were positioned facing the sea.

This windpower project was developed by the Northwind Power Development Corporation to ease global warming by reducing emission of greenhouse gases and advance the rural electrification of the government. This is the first commercial windfarm in Southeast Asia. 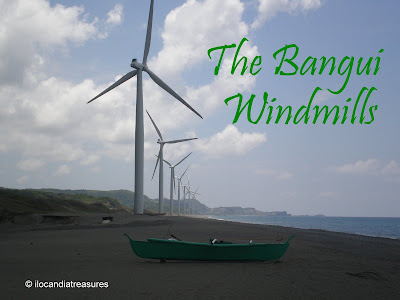 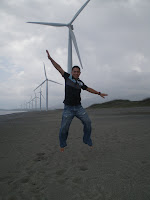 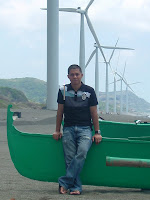 Posted by Edwin Antonio at 8:20 AM

I have recently been there and structures are just amazing. Too bad the weather did not cooperate for me to have sunnier shots of the place.

Nice blog by the way.

thanks for the comment. you can always come back for you to get
nicer shots of the windmill.
just inform me and im willing
to accompany you.