A Blooming Celebration of PANAGBENGA 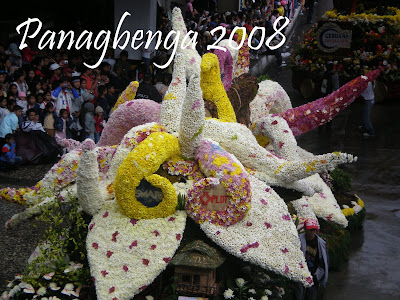 After meeting up with highschool friends Rady, Jojo, Alfonso, Roy and Joca in Pangasinan, I went up to Baguio City wee hours of February 24 and arrived at 3:30AM. I stayed with my friend Fidel Castro, not the Cuban President, to get a short sleep. 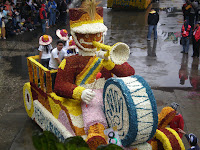 I went to Magsaysay Avenue and positioned myself at the overpass which was jam-packed with so many spectators who were ready to catch a glimpse of the parade of flowers. The people braved the drizzles and it had not dampened their moods to witness the float parade. 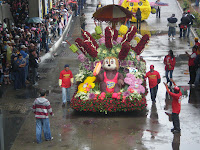 This is the 13th Panagbenga Flower Festival celebration in Baguio City and adopted the theme “Celebrating 13 Years of Caring.” Panagbenga is a kankanaey term that would mean a time to bloom or season of blooming. Around 30 floats were paraded that include the Chowking, SM, the winner San Miguel Foods, Jollibee as second and many others. 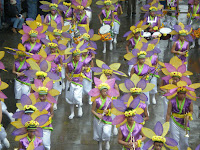 After the parade, I went to attend a mass at the Baguio Cathedral and proceeded to SM City where I met up with friend Cherrie Reyes. She took me to the art gallery café Oh My Gulay owned and created by artist Kidlat Tahimik. It was a fanstastic showcase of arts, designs and paintings. We dined in with lumpia and Alfesto Pasta. Cherrie gave me a souvenir dream catcher which can be bought inside. 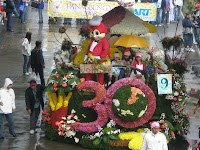 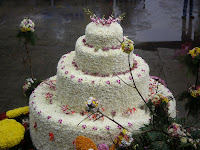 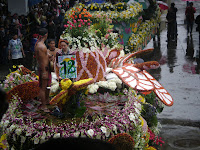 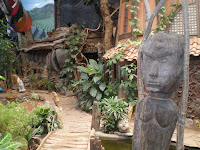 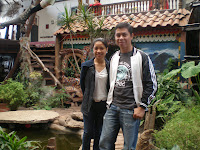 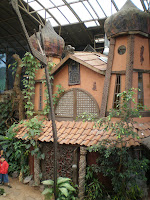 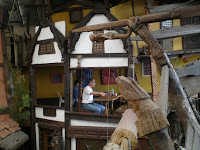 Posted by Edwin Antonio at 2:58 AM