As I look back in 2007, many great things had transpired. One of which was my travel to different places. Summing it up, I could not just imagine that I have traveled to 20 different countries in Asia and Europe. My huge travels were in Europe and I have entitled it as “The Grand European Swingaround” and followed by an Asian tour wherein I entitled it as “12 Days of Amazing Indochina.”

It was indeed a huge travel year and I would like to quote Atsuko Honda, a friend of mine who works for IYEO, Cabinet Office of Japan, “Edwin, you are a big traveler. You cannot even be found in the Philippines e.” We coincidentally bumped into each other in some of the places I visited this year.
This year’s trips I made were so significant that enabled me to visit two of the new Seven Wonders of the World as officially declared on July 07, 2007 in Portugal. These were the Roman Colosseum of Italy and The Great Wall of China. I have seen also some of the finalists in the Seven Wonders, the Angkor Wat of Cambodia and the Eiffel Tower of France.

This year also gave me the chance to climb the top two Tallest Buildings in the World. These were Taipei 101 in Taiwan and the Petronas Twin Towers in Malaysia.

The following were my local and foreign trips: 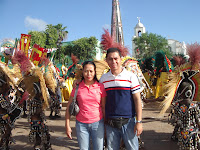 Kalibo, Aklan since the year 2000. Boracay iwas usually a side trip. This year I was able to take my sister Arlene with me to Panay Island, landing in Roxas City to feasting in Kalibo, to swimming in Boracay and a side trip to Iloilo. 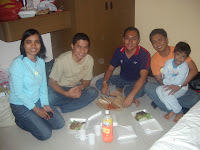 up with friends Alfguy and Farih with his fiancée Janah in a wedding expo wherein they were in a process of their wedding preparations. I met the NL and PY of SSEAYP 2004 where we all watched on TV at one of the food shops the Football Finals between Thailand and Singapore wherein the latter won in the final match. 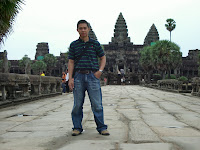 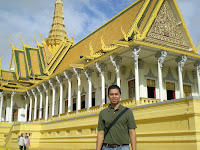 new ones during the SSEAYP International General Assembly in Siem Reap wherein we as batch 2002 celebrated our 5th year Anniversary during the reunion conference. It was remarkable too that I visited my foster families in Vietnam and Malaysia after 5 years. I went to travel to Indochina with Dan, Malaysian friend whom we started in KL wherein we both climbed the Petronas Twin Towers, the second tallest skyscraper in the world, at long last after several trips to KL. We then flew in to Phnom Pehn and met Yuklin, my Cambodian batch mate. Proceeded to Ho Chi Minh City by bus and met again my foster family. I met Pam and Steve in Siem Reap then later in Vientiane Laos wherein we were hosted by Joy, our Lao batchmate. I met my new foster family in Thailand, Mom Noi’s family. Lastly, I lived with my Malaysian family. Aya Kamal took me to a Muslim praying session and joined them and the birthday party of his sister. 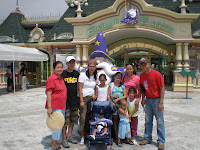 “A Family Getaway to Enchanted Kingdom”-I was able to bring my family to Santa Rosa Laguna to celebrate my birthday and my sister Alma’s. My nieces and nephew enjoyed their visit to the theme park. 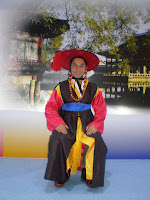 of Physical and Rehabilitation Medicine on this trip. I met several physiatrists and other rehab team members from different parts of the world who attended the same. I also stayed with OFWs Orlan, Jimboy and others who work for a manufacturing company of keypads of cellphones and I got the chance to try to do their job. I was able to see and enjoy the exciting city of Jumong.

“The Grand European Swingaround”- This was the grandest trip I ever had wherein I flew solo on a backpack from one city to another by using Ryanair for six weeks. I have visited a total of ten countries. This was the longest time I took a leave of absence from work. I stayed at Rady’s place and met up with Milay in London. I was hosted by my good friend Lotta and met up with Daniel in Sweden. I had a homestay at my cousin Ate Aida’s home in Belgium and Manang Ester’s house in Rome. Hostels were usually my accommodation in most places I have been to. I also experienced staying in a campsite in Amsterdam. I have seen famous landmarks such as Colosseum in Rome, Eiffel Tower in Paris, Tower Bridge in London, Duomo Church in Milan, Notre Dame Cathedral in Marseille, Gamla Stan in Stockholm, Real Palazo de Madrid in Spain and many more. 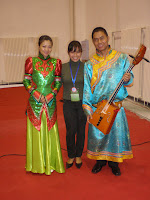 “An Experience of Three Cultures in China” – I was selected to represent the country in the 2nd China-ASEAN Youth Camp and Young Leaders Meeting together with my buddy Pamela and other 14 delegates in this year’s program. We started in Beijing then we were brought to Manzhouli City and it was situated in the borders of Russia and Mongolia. This is where we experienced the Chinese, Mongolian and Russian cultures. We met up with Ivan who was also attending a separate program in Beijing. 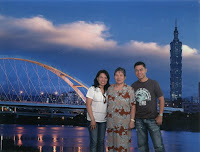 “Foremost Visit to Formosa” – I was able to bring with me Nanay to Taiwan as a gift for her on her 64th birthday. My sister in law Myrna hosted us and showed us around. It was so remarkable trip since we altogether climbed the tallest skyscraper in the world that is Taipei 101.


"A Taste of Two Cities" – This was an express trip since I spent four days in two countries. I 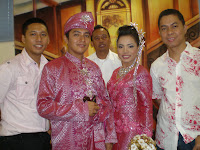 have attended the wedding of Farih and Janah in Singapore and 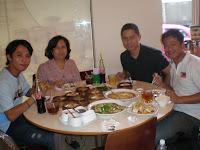 reunion meeting with Raja, Not, Dep, Joy and some other SPYs and hopped on to a reunion on board the ship Nippon Maru and a homestay with Mom Noi and family in Bangkok. I enjoyed once more what I missed…the Malay, Chinese & Indian foods in Singapore and Thai foods in Bangkok.

Lastly, I was featured in the inflight magazine of Cebupacific airline’s Smile Magazine. Wow, it was indeed a year of travel galore and expects more exciting travels in the wonderful year of 2008.